“Mixed Reality with a Virtual Reality Headset.” by Pierre-Faure, 2017. Dedicated to public domain use, wikimedia. With appreciation.

The Metaverse has established a forum for shared standards. What is the role of standards in technological advancement?

The Grand Canal of China transformed a region into a nation, partly by transport and partly by shared standards. The internal waterway, begun in 600 bce and stretching 1, 118 miles (1,800 kilometers), resulted in a communication network linking formerly disparate states, with a shared waterway. Along with the network came a newly standardized written language to be used for governance, trade, and by all navigating the waterway. Some say the Grand Canal was the internet of its time – both a new thoroughfare and a new standard.

The Grand Canal resulted in a new standard for written language. “Chinese characters for Grand Canal,” by White Whirlwind, dedicated to the public domain. Wikimedia. With appreciation.

Our present internet is also the result of shared communication standards. On 29 October 1969, Vint Cerf and Bob Kahn built upon the packet switching capability, developed by the United States Department of Defense’s network called ARPANET, to introduce new standards: Internet Protocol address (IP address) and Domain Name System (DNS), coordinated by Internet Corporation for Assigned Names and Numbers (ICANN). Soon, another standard, World Wide Web, was invented by Sir Tim Berners-Lee at Cern in 1989, becoming the world’s most used software platform. The World Wide Web entered into to public use in 1991: Cern opened universal access to code and protocols royalty-free in 1993. Berners-Lee is now director of the World Wide Web Consortium (W3C) and director of the World Wide Web Foundation. 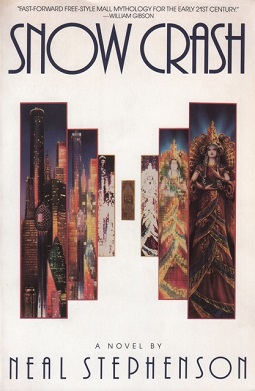 The term “metaverse” was first seen in Snow Crash by Neal Stephenson. Image: wikimedia and Bantam Books, with appreciation.

The term “metaverse” came into parlance (a combo of “meta” and “universe” described in a 1992 science fiction novel by Neal Stephenson called Snow Crash. In that novel, the metaverse is a wide road called the Street. Since then, the term has become associated with virtual reality, and supporting technology and software. Since then, the World Wide Web (that created the familiar “www” letters introducing a website) morphed into Web3. Video games, especially those using the 2003 virtual world Second Life are sometimes referred to as the first actual metaverse. In 2021, Facebook renamed itself Meta Platforms Inc., announcing its direction to exploration of the metaverse. Crypto began to rival paper and metal. Avatars came to life.

In the metaverse, time can become virtual. Jacob’s Pillow Dance Festival in Becket, Massachusetts, offers an augmented reality (AR) interface between a live performance of Ted Shawn’s “Dance of the Ages” and archival footage of the 1938 original performance. Ted Shawn is dancing in 1938 and in 2022 – at the same time. 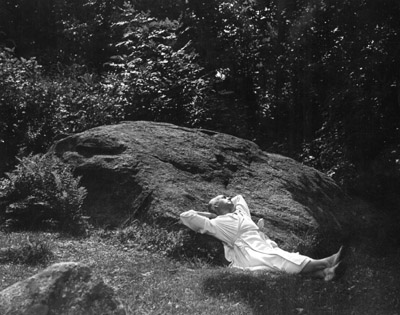 Audience members scan a QR code to access footage of the historic 1938 dance masterpiece, while at the same time enjoying a contemporary rendition. Jacob’s Pillow and the Knight Foundation worked with Adam Weinert and Dancers to bring ‘then and now’ into the same moment. For a preview, see this clip.

The metaverse – from VR headseats to QR codes to crypto currencies – works through acceleration and adoption of shared standards, terminology, and interoperability. Like the Chinese scripted language of the ancient Grand Canal, shared standards are the foundations of new eras.  That’s why this week’s announcement by the Metaverse Standards Forum of cooperation and coordination of international standards is so significant.Enter here.