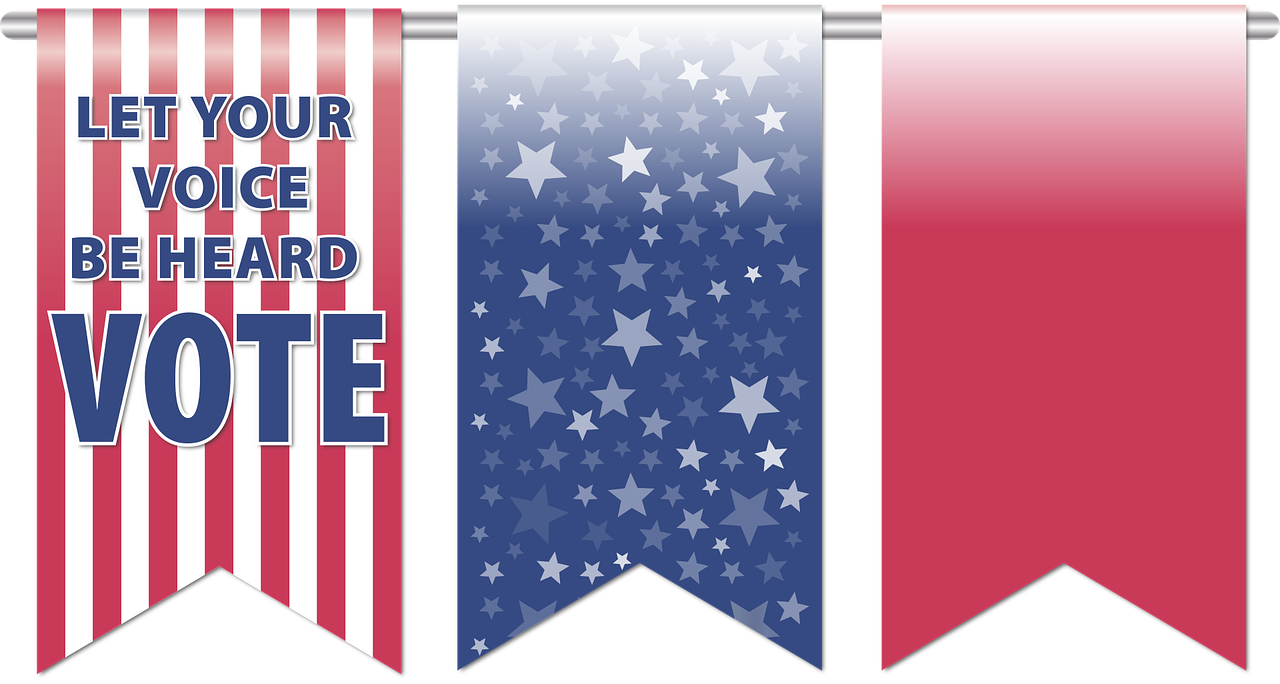 Voice of the Future 2020: YOU. Let your VOICE be heard – VOTE. Image: ccids.umaine.edu. wikimedia

The word “vote” is related to the sacred. It’s the same word used to describe a holy or votive candle. Image: wikimedia.

Did you know that the word “vote” has religious origins? The expression comes from Latin (votuma = vow). Candles in places of worship, votive candles, are a reminder of the sacred intention that is inherent in a vow – or a vote.

Historians believe democracy (demos = people) + (kratos = rule) began in Greece around the fifth century bce, when people were expected to take an active part in government. In fact, if they didn’t, people were fined and sometimes marked with red paint. In ancient Greece, it was easy to count votes because ballots were pieces of pottery.

Voting rights have a history fraught with uprisings, lawsuits, amendments, and demonstrations. In 1215, Londoners won the right to elect their mayor. Universal suffrage (voting rights) is still evolving. But turnout matters. In 2016, only 55.7% of Americans cast ballots in the presidential election. Many people didn’t even register: in November 2016, there were 245.5 million Americans ages 18 plus (eligible age to vote) but only 157.6 million were registered. Some countries legally require citizens to vote. Belgium enacts such a law, resulting in an average 87% turnout. If you don’t vote for four elections in a row, Belgium rescinds your right to vote. Do you think the United States should enact a legal requirement to vote? Should there be a review of how Americans are registered to vote, and how the voting process takes place and is counted?

Make sure you are a Voice of the Future – VOTE. Image: wikimedia.

Voices of the Future are those whose ideas, and active expression, build a better world. In the United States, there is an important election on November 3, 2020. Are you registered to vote? Find out here. For ways to cast your vote, click here.

Powell, Luca. “What democracy and voting rights look like around the world.” 8 November 2016. Global Citizen. https://www.globalcitizen.org/en/content/its-2016-here-is-the-state-of-voting-rights-around/