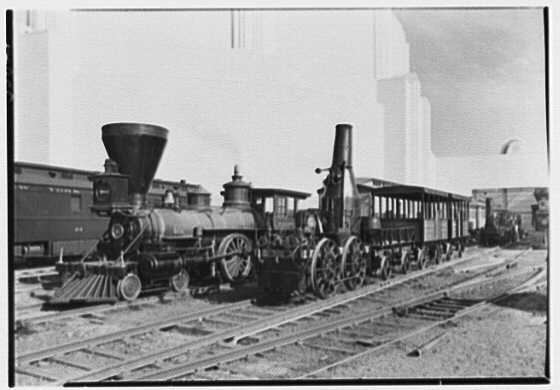 From the World’s Fair Railroad Pageant 1913, from Library of Congress at loc.gov.

Transportation may be as old as the wheel but soon we may leave circular rolling to cyclists. The medieval idea of moving heavily loaded carts by using wheels on rails to reduce friction was introduced to England in the seventeenth century, and without the application of this simple engineering concept, railways would never have flourished. In 1869, the United States completed the Transcontinental Railroad with the driving of the Golden Spike in Utah. Soon, Canada followed suit with the Canadian Pacific Railway. Russia linked Moscow to Vladivostok via the Trans-Siberian Railway. Just as canals had earlier served to unify territories into nations, railways offered connections that accelerated commerce and culture. Even education was improved; in Canada, trains were used as one-room schoolhouses that traveled to remote settlements. In recent times, Japan’s fast trains have transformed rail transport while the Channel Tunnel has reminded transportation experts that trains, far from being outdated, may be more environmentally advantageous than air travel. Is it time for a new era in trains as we leave wheels behind through magnetic levitation?