Peter the Great set a new style. He wanted Russians to look more European and not so “old fashioned.” The move of the capital to the western area of Russia emphasized connection with Europe. And so he taxed beards to dissuade men from wearing them. Many portraits of Peter shows him without beard, but sporting a fashionable mustache: 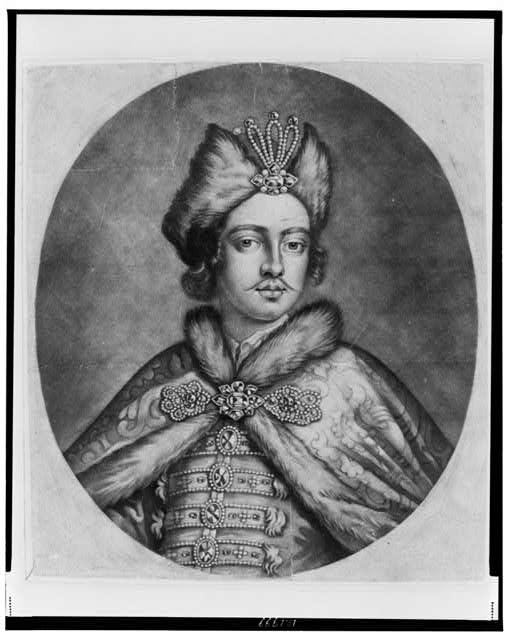 Czar Peter by William Faithorne II, from Library of Congress, at loc.gov.