“When rainwater flows into the streets, it turns into a flood. If you collect it, rainwater becomes a resource.”

These are the words of Dr. Makoto Murase, Voice of the Future 2021. They were true when first spoken. Now, as the world experiences increasing floods, rains and storms due to a changing climate, Murase’s words are more than just true – they are prescient.

Dr. Makoto Murase was working as a government civil servant at a public health facility in the Sumida City area of Tokuo, Japan, in 1981 when the area suffered several severe rainstorms that flooded the sewers, causing backup that resulted in a public health crisis. Murase noted that 70% of the city was paved: asphalt and concrete prevented rain from entering the ground and instead directed the flow into the sewers. It was not feasible to change the pavement, so Murase began to explore a way to collect and store rainwater. Tokyo receives rainwater at an annual level of 2.5 billion tons – that’s more than the 2.0 billion tons of tap water used in the city annually (The Asahi Shimbum 2020). 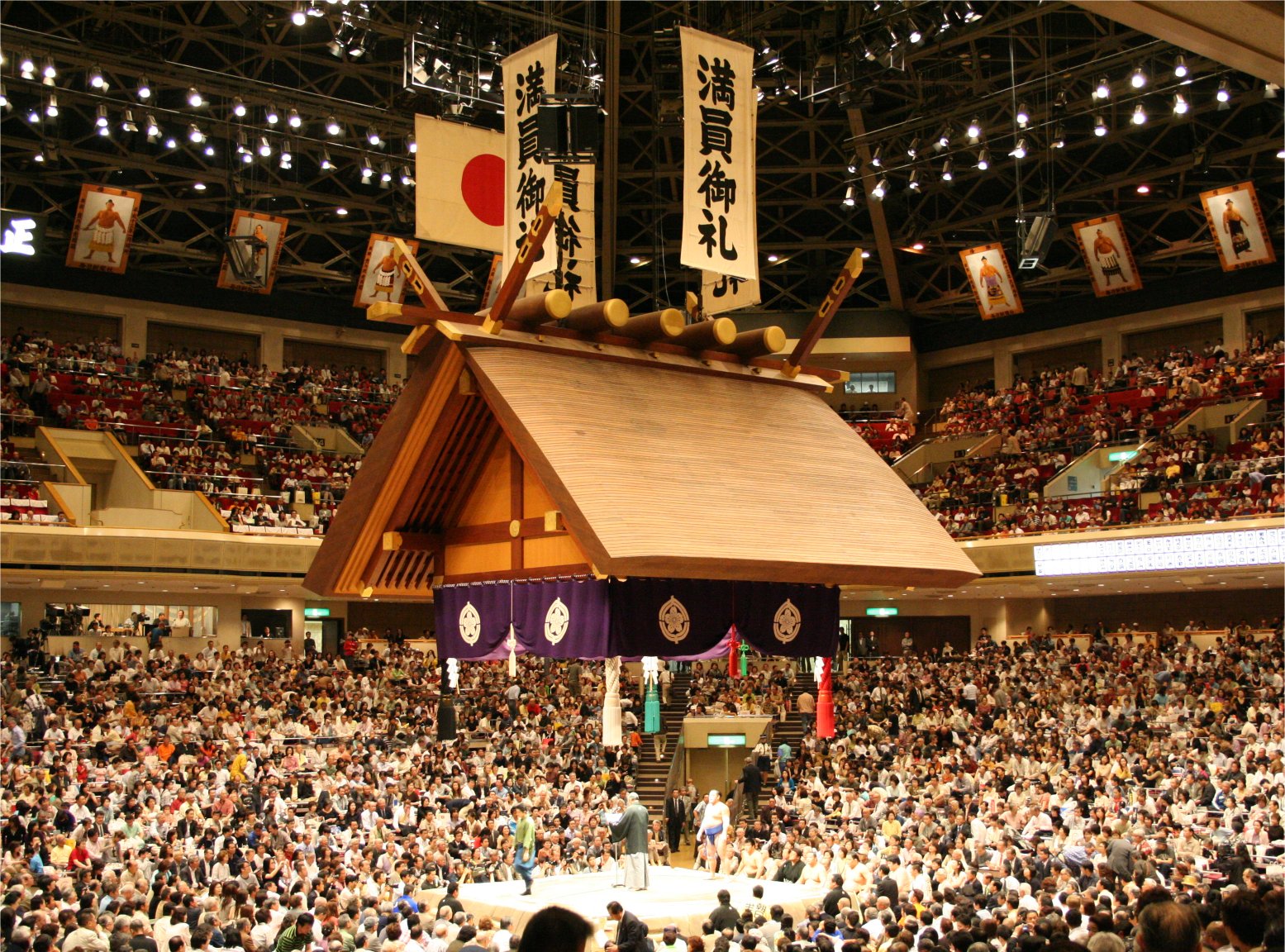 Murase began to work with the government on installing a rainwater collection system for the new Ryōgoku Kokugikan Sumo Wrestling Arena. It was a success: rainwater powers the arena’s air-conditioning and sanitation systems. The arena recently hosted competitions in the Tokyo Olympics. Other events featured at the venue have included Sir Paul McCartney’s “Freshen Up” tour. Ryōgoku Kokugikan is also prominent in the manga and anime series Aah! Harimanada, and Hinomaru Sumō. Welcoming audiences of 11,000, the arena proved Makoto Murase’s rainwater collection very successful. In 2021, there are now 1,000 buildings in Japan using rainwater collection systems, including Tokyo Skytree.

Tokyo Skytree features a rainwater collecting system, along with 1000 other buildings in Japan. Image: “Tokyo Skytree, 2014” by Kakidai. Wikimedia commons.

“The world’s skies are connected.”

Dr. Makoto Murase built upon success and broadening the vision. Remarking that Japan’s abundant rainwater comes from monsoon clouds that travel across shared skies, Murase noted that Bangladesh receives 2,000 mm of rainfall annually. Murase discovered that some areas of Bangladesh have arsenic present in groundwater (It is also the case in over 70 other countries, including Argentina, China, Nepal, India, Pakistan, and the USA). In other areas of Bangladesh, groundwater has become brackish or salty, due to coastal erosion. Dr. Murase proposed that rainwater could be the answer, because it is a water source that does not pass through the ground. Bangladesh began a rainwater harvesting system called “Skywater Bangladesh” with clients including the Bangladesh Disaster Preparedness Center, Bangladesh Center for Advance Studies (BCAS), Rural Life Development, Environment & Agricultural Development Association, and Jagorani Chakra Foundation (JCF).

“Skywater Harvesting” has scalable applications around the world. For example, Murase notes that, in addition to Bangladesh, monsoon areas of Cambodia, India, Indonesia, Laos, Myanmar, Nepal, Philippines, Thailand, and Vietnam could benefit from similar programs.  Recent floods in Europe and the United States may recommend rainwater collection systems.

Climate change will bring more water from the sky. Areas that suffer flooding can collect and store water; regions struggling with drought might be helped by distributing stored water. As the world gathers in Scotland (average rainfall 3,000 mm per year in the Western Highlands to under 800 mm per year near the east coast) for COP26, one of issues addressed must be increased rain, and more serious floods. Water from the sky may transform a problem into an innovative resource for the future. That’s why Voice of the Future 2021 is Dr. Makoto Murase.