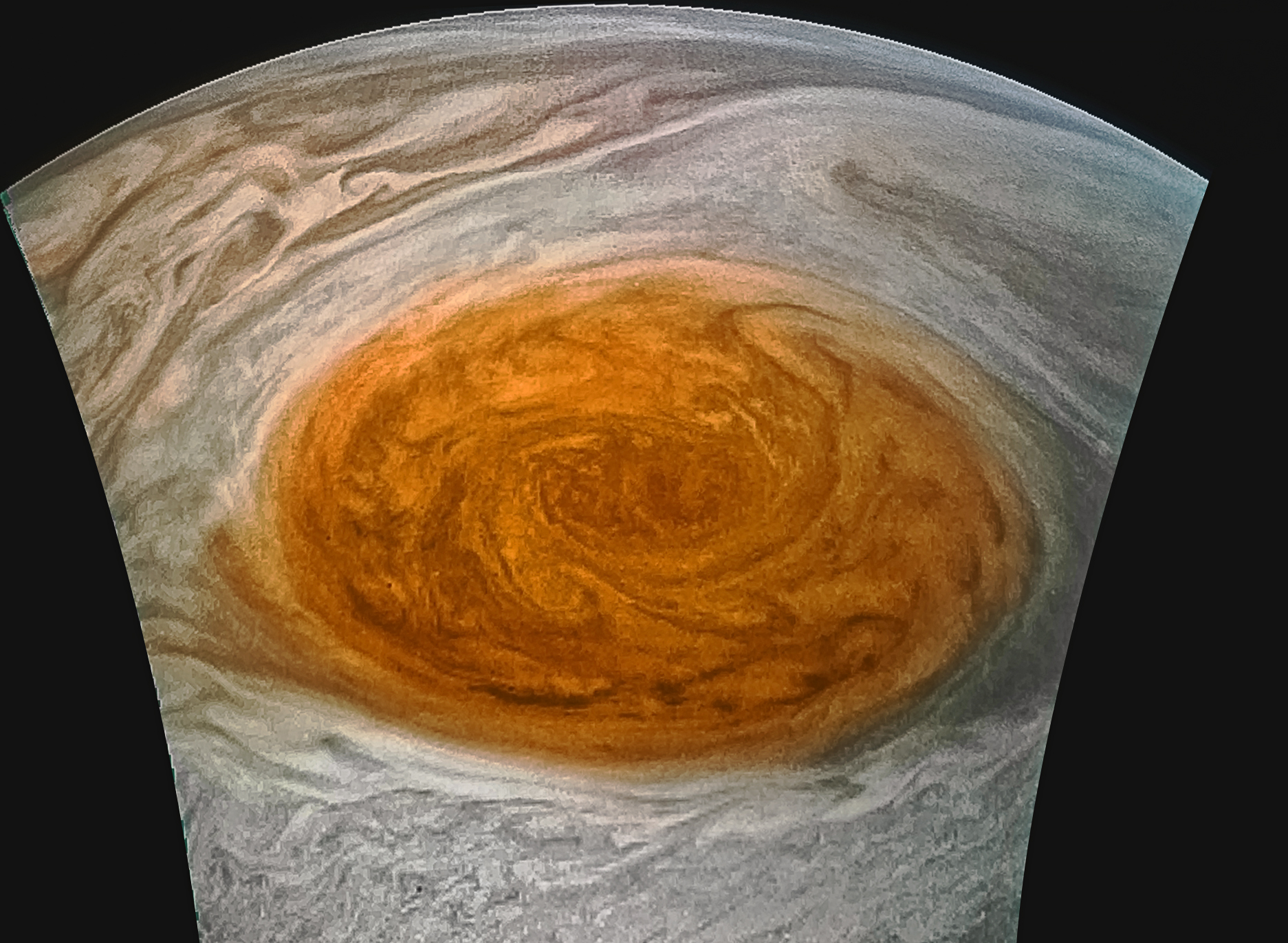 Juno met Jupiter this week. NASA‘s Juno mission flew over the planet’s 10,000-mile-wide (16,000 kilometers) storm, so big that three earths could fit inside of the Great Red Spot. Since 1830, sky-watchers have kept an eye on this mysterious spot marking a storm that has raged for eons. When the Juno mission launched in 2011, the spacecraft did not arrive in orbit around Jupiter until July 4, 2016. Since then, it’s been photographing Jupiter, and will continue operations until 2018. Knowledge gained by Juno may serve useful in updating the Treaty on Principles Governing the Activities of States in the Exploration and Use of Outer Space that entered into force in 1967. Principles include:

“Exploration of space for the benefit of all countries and all humankind;

Outer space not subject to national appropriation or occupation;

Outer space to be free of nuclear or other weapons of mass destruction;

Countries and states shall be liable for damage caused by their space objects;

The Moon and other celestial bodies shall be used exclusively for peaceful purposes.”

At the start of the Space Race, only governments were thought to be financially and technologically capable of Space missions. But now private enterprise has taken impressive steps; Weinzierl and Acocella recently introduced a Harvard Business School case on the ownership of space with a close up of Jeff Bezos and Blue Origin. Planetary Resources, Inc, SpaceX, Virgin Galactic are also prominent, joined now by an enterprise hoping to win Google’s $20million Lunar X Prize, Moon Express.

COMSAT might be an organizational model to follow. On 31 August, 1962 the Communications Satellite Act became law and set a new tone of inclusiveness that transformed the space race with greater multinational, public/private cooperation. New agreements about the future of space may foretell a mixed-economy organization to promote world-wide distribution of solar power.