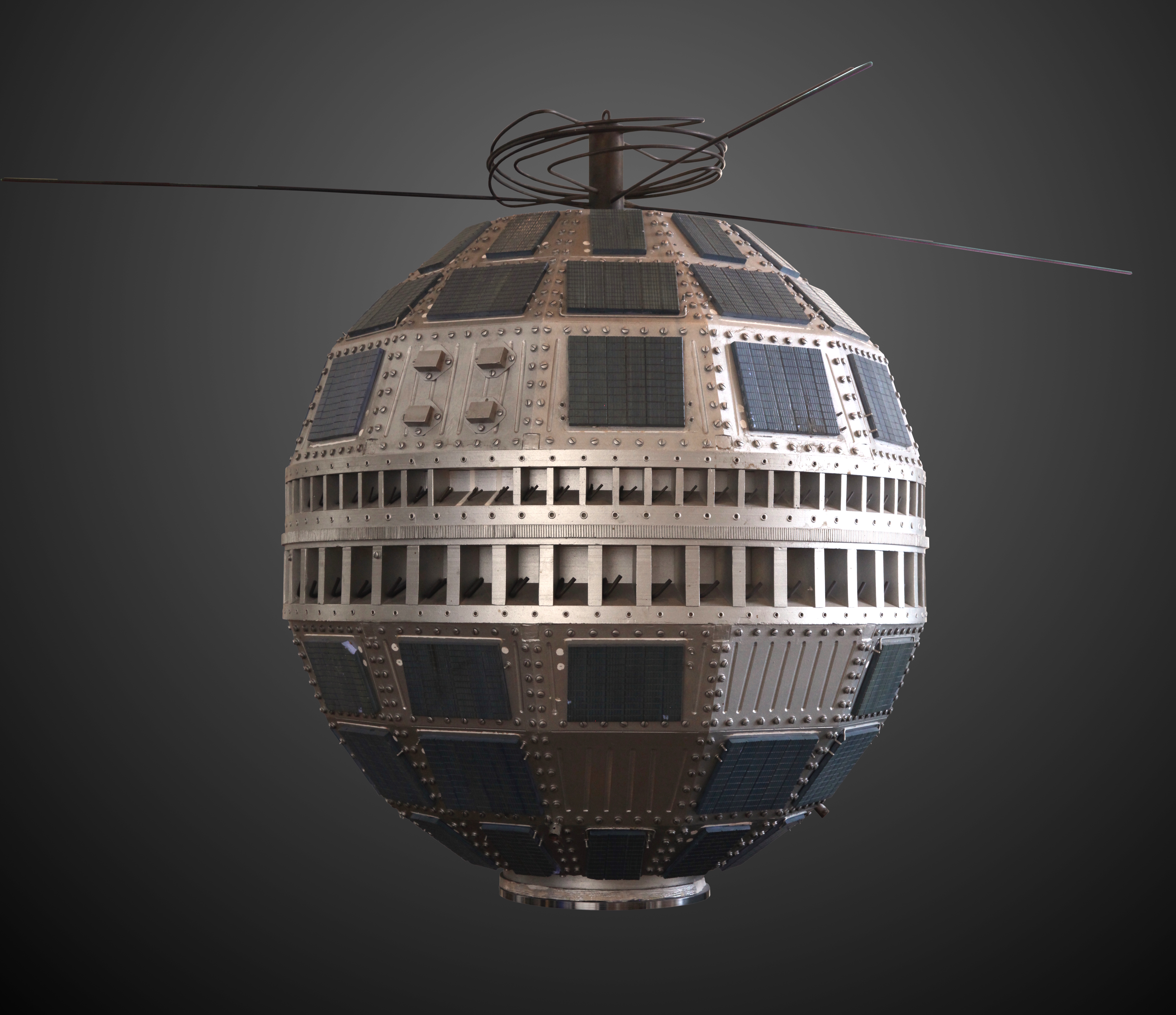 It was a Frenchman, Jules Verne, who in 1865 predicted a spaceship supported by an international league of nations. A British Royal Air Force electronics officer, and member of the British Interplanetary Society, wrote a novel describing television signals beamed around the world by orbiting satellites; RAF officer Arthur C. Clarke would go on to write Space Odyssey: 2001. But fiction turned fact when American John R. Pierce wrote a seminal article that may in part be responsible for the communications revolution.

John R. Pierce, from National Academy of Engineering, at nae.edu.

While Verne and Clarke had the ideas, their predictions would become reality in a country where a number of technologies were developing. It was in America where the telephone was invented beginning a tradition that evolved Bell Labs. Simultaneously, the space race, begun when the Soviet Union launched Sputnik, evolved to the American lunar landing. Satellites, telephones, television – and the scientists and engineers who designed them – may have created in the United States the climate of a “perfect storm” for innovation. But perhaps part of the credit for the communications revolution is architectural. Bell Labs’ version of MIT’s Infinite Corridor may be a physical representation of the social network. Bell Labs, AT&T’s incubator for new ideas, had a hallway with many offices where ideas could stream among strollers who moved along the random connection hallway. This was the research base for John R. Pierce who, in 1955,  wrote a seminal article: “Orbital Radio Relays.” Pierce had become fascinated with the idea of David J. Whalen of NASA for a “communications mirror in space, a medium-orbit repeater and a 14-hour-orbit repeater.” The combination of Pierce and Whalen was critical to the birth of the satellite communications. Scholars at the Lemelson Center (http://invention.smithsonian.org) might agree.

INTELSAT, formed two years’ after the American Communications Act, was born during the U.S./Russian space race. While the entity had 11 global partners, one leader in the industry was noticeably absent – Russia. The Soviet Union soon authorized INTERSPUTNIK whose members ranged from the USSR, to Bulgaria, Cuba, Czechoslovakia, Hungary, Mongolia, Poland and Romania. INTELSAT achieved global coverage on July 1, 1969.  The achievement was visible: 500 million people worldwide turned on their televisions just 19 days later to witness Neil Armstrong set foot on the moon. It was a dramatic opening of the global village.

In 2000, Lockheed Martin purchased COMSAT, absorbing it into its Global Telecommunications unit. When the United States Congress agreed to the purchase, it simultaneously rescinded COMSAT’s exclusive right to access the INTELSAT network and called for privatization of INTELSAT. In 2001, the same year now famous as the title of Stanley Kubrick and Arthur C. Clarke’s film, INTELSAT with a membership of 145 countries, was privatized.

To provide for the establishment, ownership, operation, and regulation of a commercial communications satellite system, and for other purposes.

Be it enacted by the Senate and House of Representatives of the United States of America in Congress assembled.

Skype Me: Friends in Bangkok chatting with buddies in Boston use various means of telecommunications. When Sputnik entered the sky, and soon after when COMSAT was founded, what new products and services were made possible? Are there more innovations to come?

Space Debris: Satellites are now becoming old and indeed crashing to earth. What was once a bold new frontier, empty as the ancient prairies before highways, space is now increasingly crowded with debris and junk. What should the world be doing about this problem? As space activities expand, how can law and practice safeguard this “final frontier?”

Budget Cuts Lead to Cooperation?: The United States Pentagon’s fiscal 2013 budget proposed 22% cut on space programs. Perhaps austerity may lead to cooperation. The Air Force recently signed an agreement with five countries that together will pay for a ninth Wideband Global Satellite (WGS) and share services. Will the world’s economic stresses lead to peace in space or merely cause factions?

Garrels, Anne. Naked in Baghdad: The Iraq War as seen by NPR’s Correspondent. New York: Farrar, Straus and Girous, 2003. This book was written using a satellite phone in a suitcase. In order to ward off suspicious guards who might invade her room and find the phone, Garrels used the ploy of answering the door naked.

Verne, Jules. De la terra a la lune (From the Earth to the Moon). 1865. New York: Bantam Classic, 1993, Lowell Bair, translator. There are also other editions in many languages.

For Bell Labs’ “Infinite Corridor” and the architecture of innovation: see http://invention.smithsonian.org/downloads/lemelson-inst-report.pdf

For information about the transatlantic cable and Morse Code, see http://www.oldcablehouse.com/cablestations/history.html.

For a history of wireless, see http://www.pbs.org/tesla/res/res_radtime.html.

For the U.S. Supreme Court opinions regarding the Marconi-Tesla decision to resolve the proper patent holder for wireless transmission (radio), see http://www.justia.us/us/320/1/case.html.

For more on the Lemelson Center for the Study of Invention and Innovation, part of the Smithsonian Institution’s National Museum of American History, visit http://invention.smithsonian.org.