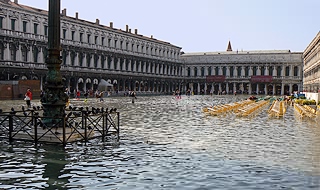 What can be done to prevent the loss of life, property, and infrastructure that cities like Venice must anticipate in the future? Coastal cities may soon have more accurate information about sea-rise. As Venice flooded in November 2019, Sentinel-6a entered testing in the final stage before expected launch in November 2020. Sea-rise is accelerating: five-year span 2014 – 2019 revealed a 4.8mm/year increase.  Copernicus Sentinel’s Jason-2 Poseidon Altimeters will map ocean floor peaks and valleys, reading temperature, salinity, gravity, currents and speed.

Meanwhile, Venice’s regional council may be having second thoughts about their recent veto to fund a proposal to combat climate change. Just minutes later, their Ferro Fini Palace offices flooded, sending the fleeing officials into the flooded streets, with  70% of Venice engulfed. From St. Mark’s Square, Venice’s mayor Brugnaro expressed hopes that the Mose system, a series of barriers consisting of mobile gates located at inlets, will soon protect the city from inundations. Venice is not alone: Boston and other cities may build harbor barrier systems. Worldwide, hundreds of cities  face the same fate: what are some of the ways cities can respond, from Amsterdam to Jakarta to Yangon? 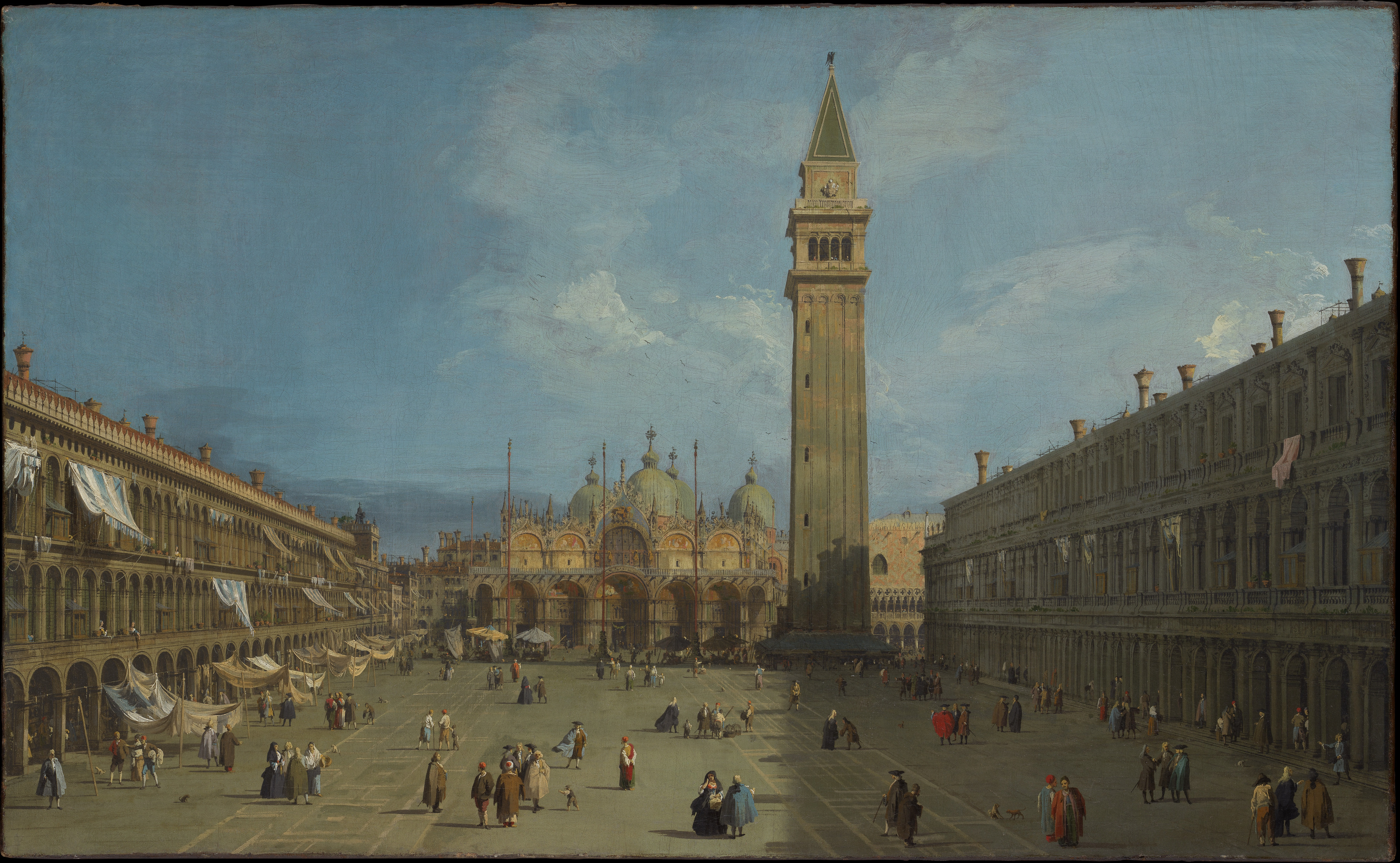 The once and future Venice: “Piazza San Marco with the Basilica,” 1720. Image: wikimedia.

Cerini, Marianna. “Venice is flooding — what lies ahead for its cultural and historical sites?” 16 November 2019. CNN. https://www.cnn.com/style/article/venice-flooding-st-mark-damages/index.html.

MOSE SYSTEM: The mobile barriers for the protection of Venice from high tides.” https://www.mosevenezia.eu/project/?lang-en