Map of the Federal Capital Territory, from the Nigerian Embassy at nigeria.usembassy.gov.

Africa, site of human origin, some believe, may be the continent of the future. From the world’s largest underground aquifer, under the Saraha, to the riches of wilderness both fauna and flora, Africa is important to the world in so many ways. In a new city 50% Muslim and 40% Christian, Nigeria built a new capital that was not so new to some indigenous people who had been there for 40,000 years. The story of Abuja is the story of Africa, and perhaps holds a glimpse of the future.

Map of Lagos and Nigeria, from bbc.co.uk.

Nigeria started talking about moving the capital from Lagos to a new site. Lagos was congested, polluted, and didn’t have sufficient infrastructure. It was hot and humid. But worse, it was coastal and therefore open to attack. This was the same reasoning that led Brazil to move its capital from Rio de Janeiro to Brasilia. But the results were different.

The energy crisis of the 1970s may have in part been responsible for the new capital of Abuja: Nigeria came into considerable wealth at that time as a result of the high price of petroleum, a world market situation that stimulated innovation around the world including the development of the Alaska pipeline. Nigeria now had the funds to build the new capital. But immediate impetus to build came through political change. When the government of General Yakubu Gowon ended on July 29, 1975, the new head of state, General Murtala R. Mohammed, appointed a panel to evaluate moving the capital. Of particular concern was what to do with Lagos which was at the time both a federal and a state center of government. The panel returned with a verdict: move the federal capital.

Nigerians set out to study world capitals. They looked at Brasília (Brazil), Islamabad (Pakistan), Paris (France), St. Petersburg (Russia), and Washington, D.C. (United States). In an era just following their own Biafran civil war, Nigeria was looking for a central place where all people would be equally represented. The site had to have good climate, plenty of land and abundant water. Teams fanned out to visit possible location in the existing twelve Nigerian states, taking note of their capitals. Finally, a team flew to Paris where they admired the widened boulevards of Haussmann who had recommended wide streets to let air circulate freely to encourage a healthful climate. Given the crowded conditions of Lagos, the Nigerians may have been attentive to the importance of such aspects of design. Finally, they considered Washington, D.C. for its design of public spaces. Of course, Washington D.C. was itself patterned on Paris, through the design of L’Enfant. With Paris and Washington in mind, they chose a site in the center of the country inhabited by several ethnic groups: the Gbagyi, Koro, Gade, and Gwandara, none of which dominated. Soon Abuja would join the list of cities patterned after Washington, D.C. including the third largest city in Brazil, Belo Horizonte, a non-coastal piece of paradise where the saying goes: Não tem mares, tem bares.

In 1976, General Mohammed broadcast this news: The area is not within the control of any of the major ethnic groups in the country. We believe that the new capital created on such virgin lands, as suggested, will be for all Nigerians a symbol of their oneness and unity. The Federal Territory will belong to all Nigerians.” He had quickly declared the danger of land speculation: “In order to avoid land speculation in the area, a decree is being promulgated immediately to vest all land in the Federal Territory in the Federal Government. Interestingly, George Washington was also concerned about land speculation that might arise following the choice of the capital around the Potomac in the place that would become Washington, D.C. Had the Nigerians also studied land speculation when they visited the American capital? General Mohammed ended by proclaiming a new era of “justice, peace and unity.” Just seven days later, he was assassinated. But his vision lived. 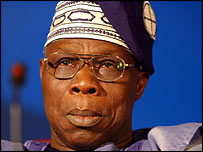 A competition was held and won by International Planning Associates (IPA), a consortium of firms. Planning was extensive. Taking advantage of the terrain’s contours, the design envisioned streets and neighborhoods with a less rectilinear and more individualized character than in, for example, Islamabad or Brasília. Two zones were stipulated: a central zone with government buildings and cultural institutions on broad avenues, and a residential and shopping zone. Along with government facilities came water supply, airport, schools, health care facilities, and public transport. Construction began in 1980. By 1987, water and telephone systems to accommodate a million people were in place; population at the time was still only 15,000. A university was founded in 1988. The area was a great success. People streamed into Abuja faster than housing could be built. Even water that was deemed ample became scarce and dams were built to supply additional drinking water and electricity. Private developers were encouraged to build in the Mbora District. Universal basic education was announced as a national priority by President Obasanjo so 285 public schools, 80 private primary schools, and 65 secondary schools were built. Several hospitals were built and 300 doctors moved to Abuja. A slogan for the new capital was created: Center of Unity.

WE WERE HERE FIRST Philip Glass, from the Chicago Classical Review at chicagoclassicalreview.com.

More should be said about the displacement of the native people who resided in the former old town of Abuja before it became the Federal Capital Territory (FTC). Committees were empowered to explore relocation. The government assumed the expenses involved, declaring and authorizing in Decree No. 6 of 1979 a rate of compensation for households as well as churches and mosques. About 50% of the people in Abuja are Muslim living along side 40% of the rest of the population who are Christian. The cost of relocating places of worship along with families was agreed at the sum of one million naira for the Niger, Plateau, and Kwara states, in a deal signed on October 10, 1977. But people were slow to move. Three years later, the decision to move people involuntarily was considered. Similar debates were engaged in during the development of the Tennessee Valley Authority in the United States. Indigenous people living near Brasilia, as well as the denizens of Itaipú, were given special recognition in Brazil. Itaipú, a word meaning “singing stone,” inspired American composer Philip Glass to write an opera in the Guarani language.  When the new capital of Brasilia was dedicated, prominent in the center of the public square a sculpture honoring the Candangos people.

The description of the land area that makes up the Federal Capital Territory of Nigeria starts from the village Izom on 7 E longitude and 9 15’ latitude, projected a straight line westwards to a point just North of Lefu on the Kemi River; then project a line along 6 47½’ E southwards passing close to the villages called Semasu, Zui, and Bassa down to a place a little west of Ebagi, thence project a line along parallel 8 27½’ North latitude to Ahinza village 7’ E (on Kanama River); thence project a straight line to Bugu village on 8 30’ North latitude and 7 20’ E longitude; thence draw a line northwards joining the village of Odu, Karshi, and Karu. From Karu, the line should proceed along the boundary between the North-west and Benue-Plateau (Nassarawa) State as far as Karu; thence, the line should proceed along the boundary between North central (Kaduna) and Northwestern (Niger) States up to the point just north of Bwari village; thence the line goes straight to Zuba village; and thence straight to Izom.

-Hon. Justice T. Akinola Aguda. Report of the Committee on the Location of the Federal Capital of Nigeria. December 20, 1975, p. 85fn. In Baba, I. “Federal Capital Territory: Abuja: A Reflection into its past, Twenty Six Years After Creation.” 2002. See also Building the World, p. 741-2.

Center of Unity: Reading the latitude/longitude description of Nigeria’s Federal Capital Territory, the village names speak to the lives of those who will be displaced. How should the indigenous original people of an area, developed for a new capital – or a new dam – be treated?

New Capitals – Japan? Mexico?: Nigeria moved the capital from populous Lagos to a Federal Capital Territory. Brazil moved its government to Brasilia, leaving Rio to remain a populous cultural center that will host the 2016 Olympics. Countries whose capitals are in earthquake zones may consider establishing what Hajime Ishii of the Democratic Party of Japan called “A spare battery for the functions of a nation.” Tokyo and Mexico City both need to consider what the risks are of remaining in place. Will Mexico’s President Peña Nieto take on the challenge in the new administration of 2012?

Chinweizu. The West and the Rest of Us. New York: NOK Publishers International, 1978.

Kugel, Seth. “A Town Where All the World Is a Bar.” The New York Times, October 28, 2007. This article describes the culture of Belo Horizonte, Brazil. To read the description, http://travel.nytimes.com/2007/10/28/travel/28next.html

For information on Nigeria, see: http://www.nigeria.gov.ng

For information on Abuja, see: http://www.abujacity.com

On Belo Horizonte inspired by Washington, D.C., and why the third-largest city in Brazil has more bars per capita, see:
http://travel.nytimes.com/2007/10/28/travel/28next.html

For more on why Japan is considering a “spare battery” capital. To read Julian Ryall’s article, with discussion of the post-Fukushima world and statements by Hajime Ishii of the Democratic Party of Japan;
http://telegraph.co.uk/news/worldnews/asia/japan/8851989/Japan-considers-building-back-up-capital-in-case-of-emergency.html.