Coastal communities around the world are preparing for rising seas. Boston, a port city built on landfill, with a harbor renowned for freedom and liberty, is fighting a war. Last century, the Atlantic shore of Boston saw a persistent nine inch rise, with predictions that sea-rise may triple by 2030. By 2070? Look for three more feet of water. Boston ranks as the world’s eighth most vulnerable city, according to a study by the Organization for Economic Cooperation and Development of more than 100 coastal cities. 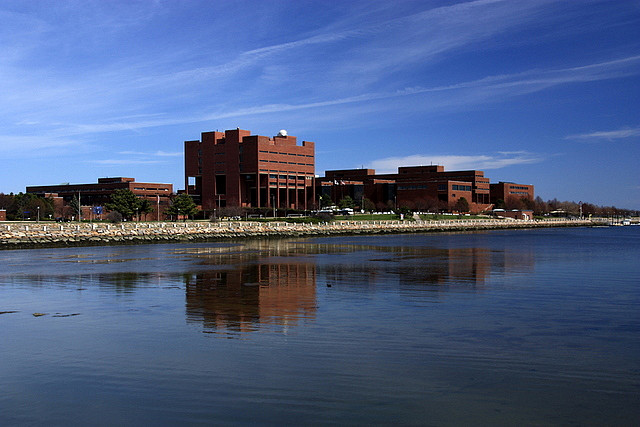 According to the University of Massachusetts Boston, and the Woods Hole Group, options to prevent the damage of flooding include spending $11.8 billion for a macro harbor barrier such as that built in the Netherlands. New York City is also studying the potential for a barrier that might cost $119 billion. In the short-term, Boston will budget $30 million per year to combat sea rise, with new ideas including:

PARKS: Protective berm of 10 feet along shore of Joe Moakley Park, a 60-acre oasis in South Boston near the beach. The park itself will be raised, and chambers installed beneath playing fields that will be capable of holding 5 million cubic feet of storm surge water. Other parks undergoing similar change: Ryan in Charleston on the Mystic River.

MUSEUMS AND CULTURAL ICONS: Boston’s Children’s Museum redesigned a lawn into a hill, with a playground surrounded by dense plantings.

INVITING INNOVATIVE IDEAS: Boston’s Museum of Science, with the support of General Motors and Greentown Labs, is holding a $3,000 competition for ideas in transportation to help achieve carbon neutrality.

Boston’s Museum of Science is one of many educational design competitions; students worldwide may soon deposit capstones, and theses in an Idea Bank, and join Climate Conservation Corps service teams. Is your home community or school in a location vulnerable to sea-rise? What are you doing?  The best ideas are those that are shared.