New Orleans, Louisiana, USA: it’s an unprecedented situation. New Orleans, a city on the Mississippi River Delta, is under threat. The river, normally about 7 feet high in the summertime, sits presently at 16 feet, the result of spring flooding along the waterway. Add to that a virulent storm barreling towards the city, driving a surge of 2 to 3 feet. If so, the river may crest at 17 feet. On land, there may be as much as 10-15 inches of rain from the storm, a dangerous followup to the 9 inch downpour that inundated the area the same week. Storm storage, high rivers, and rain – it’s a deadly combination. Delta cities, like New Orleans, may be in peril with climate change.

Cities, throughout history, have been built on coasts, offering access to trade through ports and waterways.  Singapore may be the quintessential city upon the waters, developed as one of the first Specialized Economic Zones. New York (and Brooklyn) became leading business centers when their place on the Atlantic Ocean became linked to inland towns, the the Great Lakes, through the Erie Canal. But now, rising seas, threaten coastal cities. In 2019, the Northeast Atlantic will experience a 140% increase in coastal flooding, compared with two decades ago. Worse still, the Southeast will suffer a 190% flood increase, according to a report by the National Oceanic and Atmospheric Administration (NOAA). And that’s just the USA. 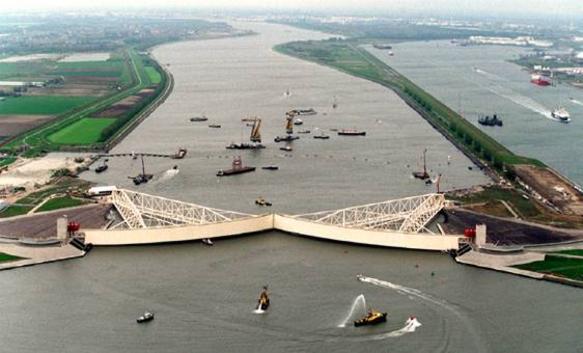 Worldwide, cities are sinking and seas are rising; Jakarta, Indonesia may suffer some of the the worst effects of climate change; Indonesia’s capital might need to relocate. According to the World Economic Forum Global Risk Report 2019, 90% of all coastal areas in the world will be affected by climate change; some cities will combat sea rise 1/3rd above mean level. The bigger the cities (more heavy buildings), deeper sinking.

It’s a sad business but a big one: coastal flooding could threaten 2 million homes in the United States, worth $882 billion. Worldwide, rebuilding or relocating coastal cities will take cause spending of $100, 000 Billion – per year. Is there any hope? Some historians observe that change and innovation  often are the result of crisis, citing examples as diverse as the Roman Aqueducts in response to a water crisis when the Tiber became not only polluted but endangered by terrorism (a threat of an enemy poisoning of the city’s water supply) to the intense research and development of the Manhattan Project resulting in the harnessing of Atomic Energy. Today, we face a similarly serious threat: will innovation save the day, or the century?

Rising seas, increasingly intense storms and hurricanes, are among forces eroding coastal cities, like New Orleans (or Jakarta). Saving sinking cities will demand significant innovations in urban harbors and cityscapes; cities with canals may lead the way to a better future. According to Henk Ovink, Special Envoy for International Water Affairs for the Netherlands and team leader of Rebuild by Design, “Worldwide, water is the connecting issue, the number one global risk and the opportunity for comprehensive cultural change.”

Muggah, Robert. “The world’s coastal cities are going under. Here’s how some are fighting back.” 16 January 2019. World Economic Forum. https://www.weforum.org/agenda/2019/01/the-world-s-coastal-cities-are-going-under-here-is-how-some-are-fighting-back/