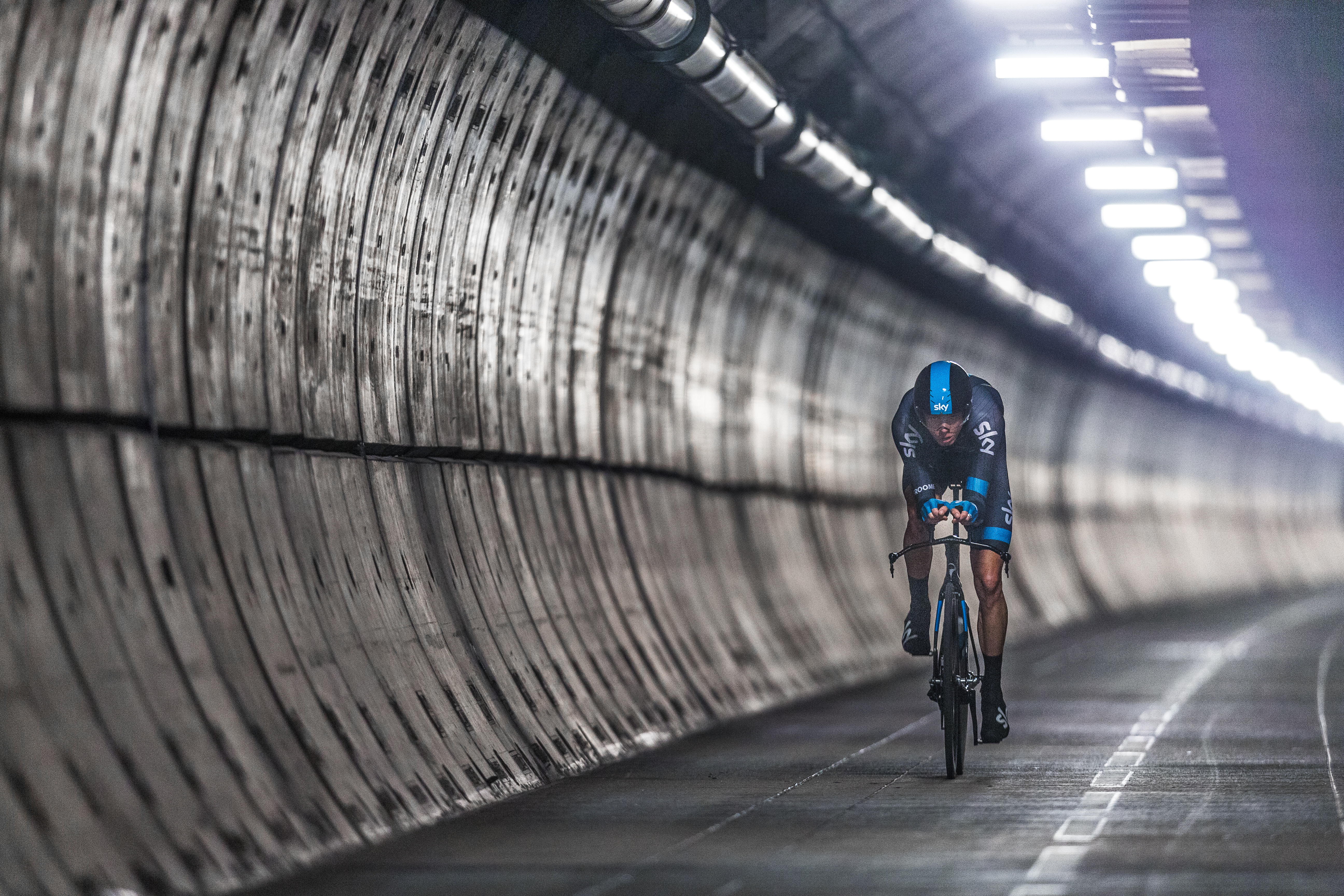 Frank P. Davidson, American co-founder, in 1957, of the Channel Tunnel Study Group, coined the word “chunnel” for the fixed link between France and England that had been a dream of Napoleon, and drawn up as an engineering plan by Albert Mathieu-Flavier in 1802. Many historians credit Davidson whose Study Group worked with Charles Dunn of International Engineering Company/Morrison-Knudsen. Bechtel Corporation, Brown & Root, and banker Thomas Lamont, to design the three-tunnel system, as the “father of the Channel Tunnel.”

“Folkestone White Horse” carved by artist Charlie Newington as a Millennial Landmark on the cliffs overlooking the English Terminus of the Channel Tunnel.

Built by 13,000 workers from France and England, the tunnel opened 6 May 1994 and was immediately named one of the Seven Wonders of the Modern World. It’s an economic, and environmental, success. The Channel Tunnel has proved valuable to participating economies (2018 figures):

ENVIRONMENT: Economic contribution is matched, perhaps exceeded, by environmental value: the tunnel helps to collect and mitigate emissions, making the Eurostar trip from London to Paris 90% cleaner than a short-haul air flight.

ANNIVERSARY GIFT: For its 20th anniversary, in 2014, Eurotunnel added another Channel to the Chunnel (the neologism was coined by Davidson): mobile telephone and internet came to the Channel Tunnel. What should the Channel Tunnel do for its 25th anniversary. One possibility: enhancing the power of connectivity, seeing borders as opportunities, not barriers.

Ernst & Young LLP: Peter Arnold, Harriet Walker, Carmela Carrea. “Economic Footprint of the Channel Tunnel in the EU: An analysis of the value of trade traveling through the Channel Tunnel between the UK and EU countries.” June 2018. https://www.getlnkgroup.com/uploadedFiles/assets-uk/the-channel-tunnel/180604-EY-Channel-Tunnel-Footprint-Report.pdf/

Minihane, Joe. “How the Channel Tunnel changed Europe forever.” 4 May 2019, CNN.com. Includes video about how the world’s longest sea tunnel was built with 13,000 English and French workers. “A shared achievement that should stand the test of time.” https://www.cnn.com/travel/article/channel-tunnel-anniversary/index.html.