So Who’s A Terrorist? 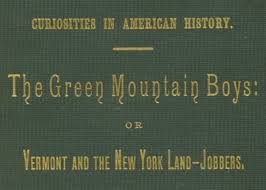 Recently, the Bulgarian government concluded its six-month inquiry into the July 2012 bus bombing of a Black Sea resort in Burgas. Bulgaria’s official stance is that the agents who carried out the bombing received financing and other support from Lebanon’s troublesome Hezbollah political party (or terrorist group, depending on who you talk to). The official report comes as no surprise to the state of Israel, representatives of which have long asserted that Hezbollah is to blame. As a result of these actions, Israel is putting pressure on individual European countries and the European Union to declare Hezbollah a terrorist group. However, this is where the situation becomes a quagmire of competing worldviews, objectives, and politics.

How does one define a terrorist? And, getting at the heart of the issue, why does it even matter how we define actions as terrorism or actors are terrorists? There is a simple answer to the first question: a terrorist is someone who uses public acts of violence or mayhem to achieve political, religious, or otherwise society-altering goals. But this definition is too broad and adds very little to the conversation. Under this definition, Al-Qaeda and the Revolutionary War-era guerilla fighters, the Green Mountain Boys, are both terrorist organizations. But we in the United States do not look back in time and label anti-British militias as terrorists.

The question has become nebulous once again. It is not so much what a terrorist is, as who we call a terrorist that matters. This issue is of great importance off of the East coast of Africa, where, for the better part of a decade, Somali pirates have been hijacking foreign ships and holding their hostages for ransom. The response from the international community thus far has been condemnation, labeling the hijackers as pirates, and an on-going (and costly) military campaign against the Somalis. A little digging into the issue, and you might ask yourself why the Somalis started engaging in maritime piracy in the first place.

In an excellent and comprehensive article for the William and Mary Environmental Law and Policy Review, Ranee Kooshie Lal Panjabi points out that Somali piracy didn’t just appear out of nowhere; it is the result of illegal fishing and toxic chemical dumping in Somali coastal waters that have been going on since Somalia’s descent into lawlessness after the fall of the Barre regime in 1991. Indeed, Somalia’s coastal ecosystem has been compromised by international fishermen, mostly hailing from Asia and Europe, running roughshod over coral reefs and practicing otherwise illegal fishing techniques, taking advantage of the fact that Somalia no longer has a naval to protect its territorial waters. Perhaps more insidiously, chemical companies from the developed world have been illegally dumping toxic waste close to the shores, further harming the coastal fisheries and severely impacting the health of coastal Somalis. The Somali pirates, as it turns out, started out as disenfranchised fishermen, put out of work because no one was there to protect their fisheries from high capacity foreign fishermen. Many of the pirates were, at the outset, part of militia-style navies trying to fend off chemical companies poisoning their waters and their loved ones – though now the Somali pirates are indeed running a lucrative criminal organization, it is important to remember where this issue started. If we are to label the Somalis as pirates, Panjabi argues, then the foreign fishermen and chemical companies who take advantage of Somalia’s political situation must also be labeled as pirates.

But we do not label those chemical companies and those fishermen as pirates. And the Green Mountain Boys certainly are not remembered as terrorists (at least by those in the United States!). We do not label these groups as pirates or terrorists because of what that label brings with it. We see foreign fishermen working the Somali coast as engaging in normal economic activity, albeit activity that would be illegal in any other jurisdiction. What would we gain from labeling them terrorists or pirates? Labeling a group or a person as terrorist or as a pirate brings with it an enormous set of normative and practical implications. Once it is a pirate organization and no longer a fishing fleet, are we obligated to seize that fleet and imprison its crew when they try to dock? Conversely, if we think of the  Somalis as a patriotic naval militia protection their coasts from foreign invasions, can we justify bringing in the Navy to halt their activities? Similarly, if Bulgaria labels Hezbollah as a terrorist organization, what does that mean for the EU’s policy toward the organization? Can it still treat Hezbollah as a political group, as it has historically? Or does it have to cease engaging Hezbollah as legitimate representation of the Lebanese people and start treating it like the EU does al-Qaeda?

If he were alive today, Michel Foucault would remind us of the power of classifying groups and activities under one label or another. For the labels themselves have power, and they lead us to think about groups and individuals in a certain way. This is not to argue for or against Hezbollah’s classification as a terrorist organization. This is to remind us all that one man’s terrorist is another man’s freedom fighter. One man’s pirate is another woman’s breadwinner. Labelling a group as terrorists is a big decision with serious ramifications, and it is hardly reversible.

John Michael Denney is a graduate student in the International Relations Program at the University of Massachusetts Boston.