Democracy in Myanmar: Back to the Past? 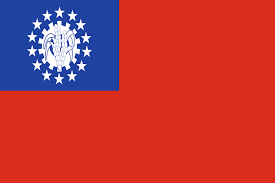 When the new government in Nay Pyi Taw came into office in 2011, many Myanmar interest groups asked a very common question: How far could Myanmar’s reform go? Now that question has changed. A different, critical question arises: Is Myanmar going backward now? Unfortunately, the answer is yes.

Let’s take a closer look at what happened in Myanmar in the past couple of years. There have been some noticeable changes inside the country. The peace process, which is critical to Myanmar’s democratization, has had both positive and negative outcomes. The good news is that there has been a government effort to secure cease-fires with various ethnic armed groups. While at least this effort is aimed at a “no fire zone” first, there are some doubts for this. The bad news is that there have been both small and large battles on the ground in Kachin state since the new government came into office in Nay Pyi Taw. Nobody is sure why those battles are still going on and what the exact, necessary steps are in order to stop war there. Of course, there are many internally displaced peoples (IDPs) who have been refugees for more than three years. The government is even not able to figure out a way to get the necessary food aid to reach the IDPs effectively.

The release of a considerable number of political prisoners was definitely a positive step for democratization in Myanmar and has been a force for national reconciliation. However, almost all former political prisoners are now advocating amending the controversial 2008 Constitution, particularly article 436, that blocks constitutional changes. To change the constitution, at least 75 percent support in parliament is needed, which is not possible given that 25 percent is reserved for military personnel who are stalwartly opposed to change at an institutional level. The opposition, who currently hold less than 12 percent of seats, has huge public campaigns against the article, collecting millions of signatures from the public. At the same time, anti-Muslim violence has erupted recently in Mandalay leaving 2 people dead and 14 people injured. Although a curfew has been imposed, the rule of law is still often absent on Myanmar’s streets, which is hardly a sign of progress in democratization.

Then there is the question of the Myanmar government’s relationship with the military. Since the new government took power, the Myanmar military has voluntarily become a separate institution that does not necessarily need to comply with the new government’s edicts. Nonetheless, Myanmar’s democratization will be in part judged by whether the military can become a professional body that follows civilian instruction, as is democratic practice, rather than a player with its own vested interests. This is perhaps the most difficult task in Myanmar’s democratization. And the public doesn’t know who to hold responsible for the process, the president or the army’s leaders. Too much power to control the course of democratization still lies with the military rather than the people.

Given all this, Myanmar’s democracy is at a critical juncture. Ahead of the 2015 elections in which the opposition National League for Democracy is expected to win a landslide, Myanmar’s politics may become more fragile. Within ruling parties or among rival parties, power struggles would affect the nation negatively. However, the majority, the poor, cannot bear a failed state again.
Bettering their lives should be the first priority for all politicians and stakeholders in the political process.

The author is currently a consultant for a local development firm, Professional Research & Consultancy in Yangon. He has also worked as a journalist inside Myanmar for several years. He is a 2014 gradute of the IR program at UMass Boston.