Mean girls is among America’s most viewed films. Mean girls came out on April 30, 2004 and teenagers continue to view this film today. In fact, the film is such a hit that it is still available on Netflix, Amazon, and Hulu. In the film there is a teenager who moves from South Africa, to the United States where the so called popular girls also referred as the “Plastics,” throughout the movie take interest in letting Cady Heron into their squad because they think she is pretty and has potential. 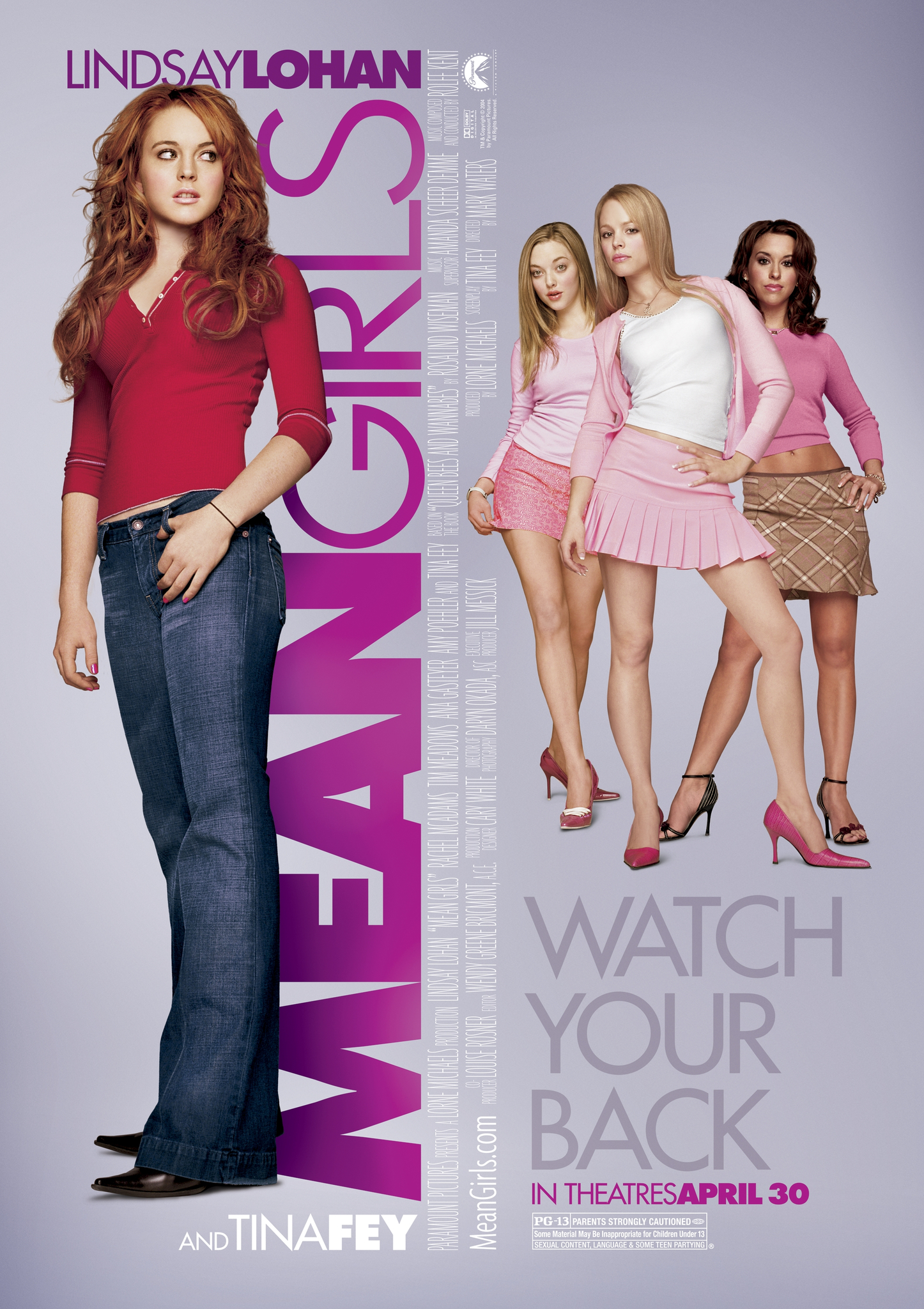 On the first day of school, Cady makes two new friends named Janis Ian and Damian who are perceived as the outsiders in a typical high school setting and also has an immediate love interest. After the plastics approach Heron, Janis and Damian inform her about the wickedness of the plastics and their queen named Regina George. They decide that Cady joining them will not be a bad thing because they will use the information about Regina that Cady learns as a plastic to get revenge on her, but Regina George finds out about this and Janis and Damian realize instead of Cady trying to get revenge for them, she became just like Regina. Regina makes it look like Cady composed a book about everyone’s insecurities called the “burn book,” and Cady loses all of her friends including her love interest and she realizes how bad of a person she has become. Cady tries to make amends with Regina, but Regina gets run over by a bus because she was not looking at the street while crossing, and rumors go around about Cady pushing her in front of a bus instead of it happening accidentally, leaving her with no one by her side.

Although she gets suspended from prom as a result of her “burn book,” she shows up and apologizes to everyone for losing herself and everyone forgives her. Janis, Damien, and the two other girls in the clique forgive her and her love interest also does. One aspect that I really enjoyed about that film is that it portrays real life high school stereotypes and shows that it is okay not to be part of the most popular clique because at the end of the day it’s all about self respect and how you perceive yourself. Overall, I thought this film was fantastic because it inspires teenage audiences to learn about self worth and respect, and that being an outsiders always okay. Mean girls is not only one of America.