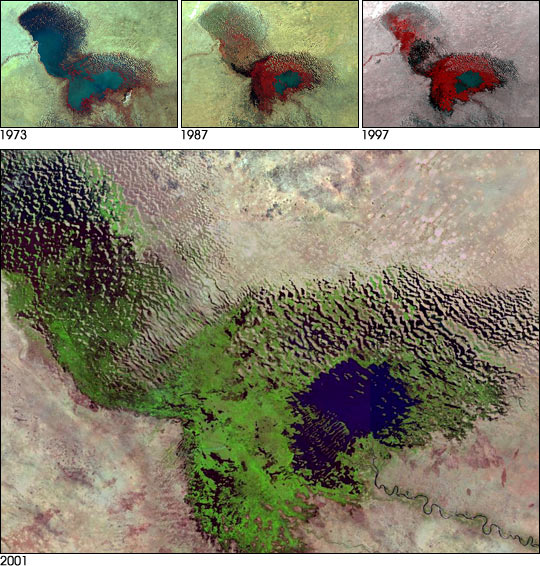 Hydraulic fracturing, or “fracking,” pierces land to access oil and gas in rock formations by injecting chemicals mixed with water, drawn from underground aquifers. To fracture rock, water must gush: a virtual firehose spitting harsh chemicals, propelled by as many as 10,000,000 gallons before the well is even operational. Aquifers are already challenged, in an increasingly thirsty world.  In North Dakota, Bakken may be the test case for what works (and doesn’t). Drinking and agricultural water have, in some locations, become contaminated, even radioactive.

Artists led by Yoko Ono successfully protested New York State’s possible participation, but, despite such victories, the war might heading in fracking’s favor. Proponents of the propellant technology claim shale energy is cleaner than coal, and large deposits, like Bakken, Marcellus or Eagle Ford, could make the United States energy independent for the next 100 years. But then what?

Michael McElroy and Xi Lu propose a strategy of natural gas as a transition to renewable energy (with CO2 emissions reduced 80% ) by 2050. What can we learn from water energy agreements, such as the Colorado River Compact or Snowy Mountains Hydroelectric, regarding the future of fracking? Will 2015, culminating year of the United Nations Decade of Water, occasion progress?

One of the most detrimental structural weaknesses within our society is the damp mold of negativity. Bullying, violence, and abuse have infested our community, jobs, and homes like a parasite. How can the human race survive or thrive if we are tolerant to hazardous environments? Now is the time for the laggards to join the majority who are sick of the toxic climate, before the foundations of our world turn to quicksand. The debridement of aggression and intimidation will not be easy or inexpensive, but the stability of our future depends upon the quality of job we do and the investment we make today. You don’t need to be a Voice of the Future to adapt to life’s most pressing renovations. Rather than facilitating the bulldozing effect of negative thoughts and comments towards your neighbor, be innovative! Think of new ways to show your support to the community – junk your reluctance to wave and smile, daily reinvent your meaning of optimism, clear the dust and debris and always make space for a safer, brighter future for all. 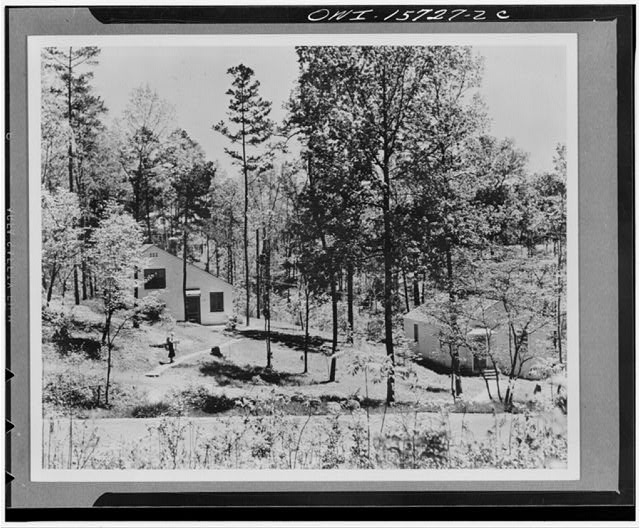 The world is so big and there are so many important issues to address – how can just one person really make a splash? Begin by creating ripples, and build a vision that is devoted to a better future. I’ve learned that to do better, you must search your heart and learn about yourself, then share the good you find. By doing this, the vision you create will have the opportunity to be an inspiration to many. My vision is still expanding to incorporate my personal passions, gifts, and education. I plan to be an extraordinary professional healer, beginning with myself. My mission revolves around matters of the heart in two ways. When it comes to the physical heart, my mission is to decrease the incidence and prevalence of heart disease and its co-morbidities. As for the spiritual heart, my mission is to increase awareness and understanding of mental health, and eradicate stigma associated with mental illness so that more people receive treatment. I would like to see healthy heart programs that offer affordable access to sustained physical activity programs and mental health services. I know that the good I have will contribute to the existing movements that promote heart health because ultimately I wish to share in the greatest gift the heart has to offer – LOVE. 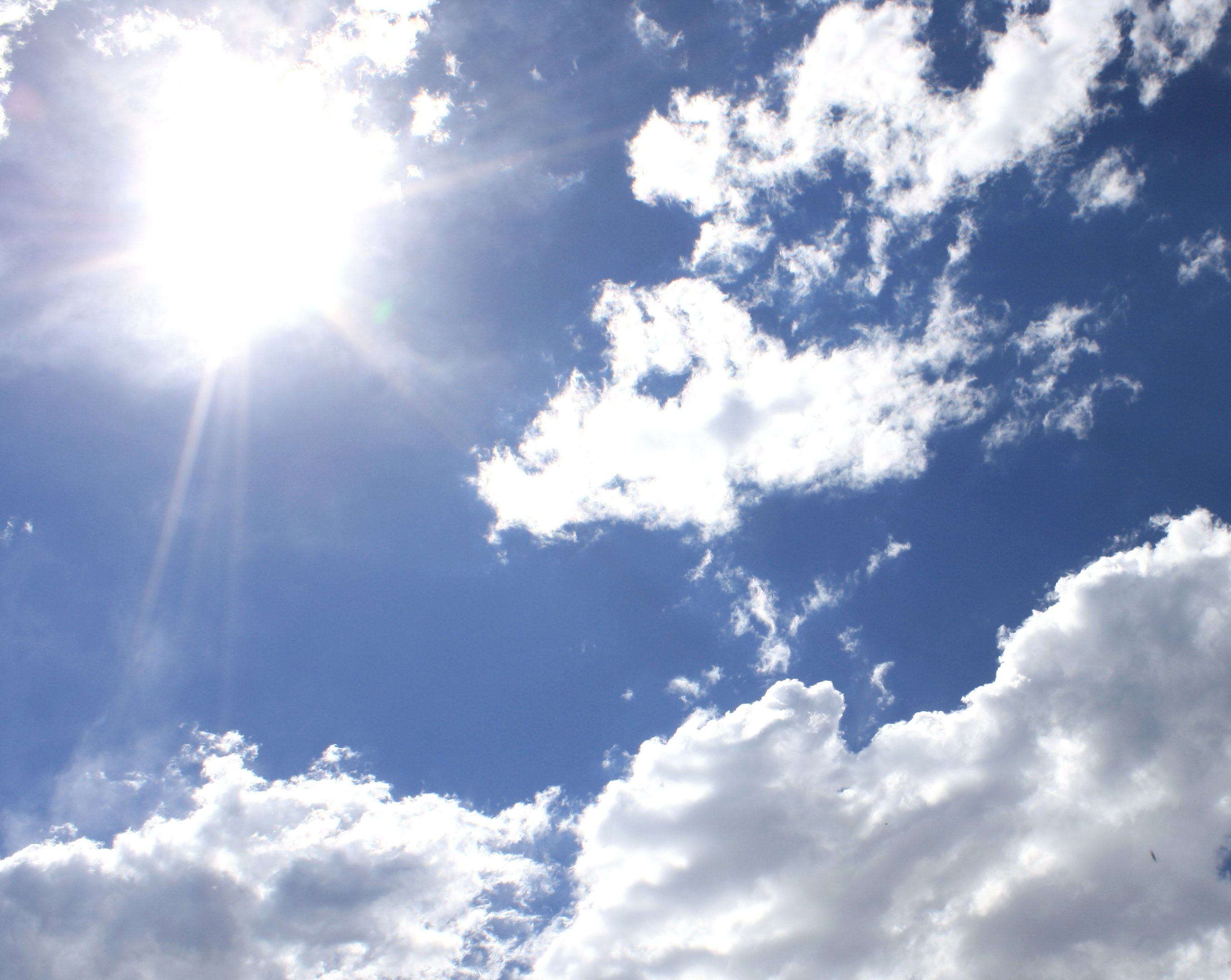 When the time comes to consider changes to better the world, courage is needed to commit and act upon improvement. I have seen myself rigidly adhere to structure and systematic approaches, telling myself this is the way it needs to be because survival is priority. While the comfort of fear as a motivator for survival may yield sufficient outcomes, the inability to make other considerations may actually be detrimental to the future. Trusting in personal strengths despite existing fears and recognize them as options to be explored and discussed as a society, we can build community and continue to Build the World. You know that the beginning is the most important part of any work; especially in the case of a young and tender thing; for that is the time at which the character is being formed and the desired impression is more readily taken.  (Plato, Republic)

There is a great deal of emphasis on moral and ethical education built into the Bachelor’s Nursing Program at the University of Massachusetts Boston. Nursing students learn the importance of being culturally competent healers, by which each patient’s views and beliefs are to be considered individually. This type of learning supports a team approach that mutually benefits patient and provider goals as they work together to explore and create a customized care plan. In this manner, the patient is viewed and treated as a whole person, opposed to isolating them by a diagnosis. Overall, the culturally competent care plan improves the standard of care in medicine by challenging any learned behaviors of the provider, whose focus largely shifts to incorporate towards ethically sound care through awareness and understanding of others. It is critical that a nurse engage in a substantial amount of self reflection to face the idea of many possible ethical dilemmas and to learn which moral values motivate their beliefs and actions. Once having defined their own personal lens, the nurse can care for a patient based on their personal needs, without presenting as paternalistic or judgmental, and instead encouraging patient autonomy.

I’m grateful to have begun to learn what it means to be a well-rounded, culturally competent nurse; yet I wonder…I wonder why I have been privileged to receive this curriculum, and why so many others have not. I wonder why, after receiving one bachelor’s degree, and pursuing a second, that I have spent so little time processing such an important subject matter – isn’t this philosophy of education something that can be taught at any age, and one that would benefit the whole world? One thing I know for sure is that I have received this opportunity because I chose to participate – I willingly throw my hand into the team huddle to “break it down!” In my continuing education, I guess I also happened to choose the ideal profession for coming into contact with the curriculum. Yet, I wonder again, what good is this valuable information to a select few? How will the world become a better place if we are not all challenging our own values and beliefs, and being open and accepting to those of others? As a voice of the future, I challenge our society to make a commitment to involve more people about moral and ethical philosophy by making the information more accessible – not just in education for standards of care in a healthcare setting, but into our very standards of living.

On October 21, 1879, someone described by the New York Times as “grimy-handed” led a visiting reporter to his study in Menlo Park, New Jersey. Behold, there appeared what came to be known as the light bulb. Edison had invented a simple, elegant horseshoe-shaped coil to quiver electricity into illumination —http://www.nytimes.com/learning/general/onthisday/big/1021.html#article. It was not long (1933) until a new world, of all things plugged in, debuted in the TVA town of Norris, where energy became “the clay of invention” (Building the World, Volume II, p. 458) bringing forth products like refrigerators, electric ranges, and of course the toaster. What is the destiny of electricity? Will Peter Glaser’s proposal for satellite solar power provide the world with abundant electricity from the sun? Or might li-fi be the light of the future? Dedicate October 21, and this week, to sharing your ideas about electricity, energy, and destiny.

Brazil is preparing for the 2014 World Cup and 2016 Olympics. During both events, visitors and locals alike will consume energy as well as libations. Some may visit Itaipu, considered one of the seven wonders of the modern world. Built by Paraguay and Brazil, the hydroelectric power plant generates enormous energy, and also art. Inspired by the music of its rushing waters, Philip Glass composed “Itaipu,” a symphonic cantata for chorus and orchestra in four movements (1989) with libretto in Guarani, language of the indigenous people of the area, in whose parlance Itaipu means “Singing Stone.” Environmental complexities invite comparison of Itaipu to the controversial Belo Monte Dam, a comparison that extends to music. During Sao Paulo’s Lollapalooza 2012, musician Ken Jordan of The Crystal Method led a chant of “Pare Belo Monte” (https://twitter.com/PareBeloMonte), amplifing the power of  music to influence policy. What is the relation of culture to the environment?

The Appalachian Trail runs 2,000 miles from Georgia to Maine. Proposed by environmentalist Benton MacKaye in the October 1921 Journal of the American Institute of Architects, the greenway was envisioned as “a sanctuary and a refuge” where one could experience cooperation, community, and volunteer service for a shared cause. By 1968, the United States established the National Trails System. By 2000, over 50,000 miles (80,470 kilometers) of hiking, biking and riding trails ribboned green the United States’ landscape. A recent addition? The High Line, one of the top ten marriage proposal settings in New York City. Do you have a favorite spot in Nature?