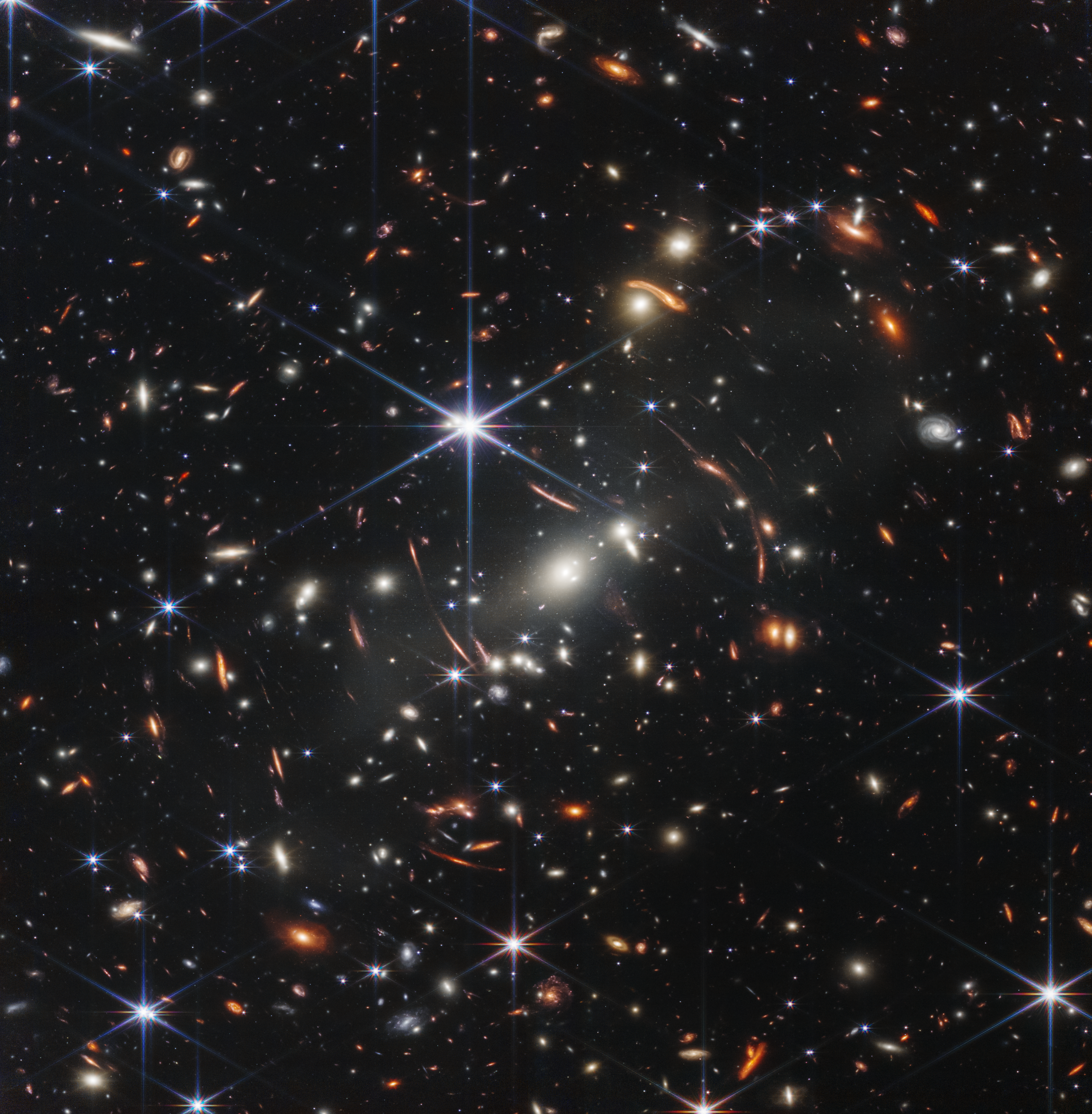 July 1969, humans first set foot on the moon. James Webb led NASA through the decade of the 1960s, preparing rockets, orbital spacecraft, and lunar landers that would deliver Neil Armstrong and Edwin “Buzz” Aldrin (with Mike Collins flying the spacecraft that would circle while the two explored) and bring the whole crew back to Earth. The James Webb telescope, Hubble’s successor launched in December 2021, features 18 mirror segments and multiple scientific instruments that are able to coordinate views of the universe into one high resolution image. One of the most important instruments is MIRI (Mid-Infrared) that has a camera and a spectrograph that can see light in the mid-range infrared region of the electromagnetic spectrum wavelength of 5-28 microns. That range allows Webb to see red-shifting light of new stars, distant galaxies, and even the edge of the Kuiper Belt of the outer Solar System, just beyond Neptune. Watch NASA’s event, revealing the first Webb views of the universe, here:

NASA, “What is the Kuiper Belt?” https://spaceplace.nasa.gov/kuiper-belt/en/