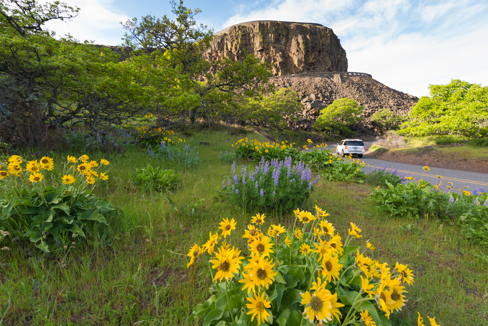 On Memorial Day weekend, 34 million Americans will travel by car. It’s the first long weekend of spring: a time of flowers, especially wildflowers. Parks play a role, and so do household and campus lawns participating in No Mow May. But highways can also provide miles of sustenance for spring pollinators like bees. 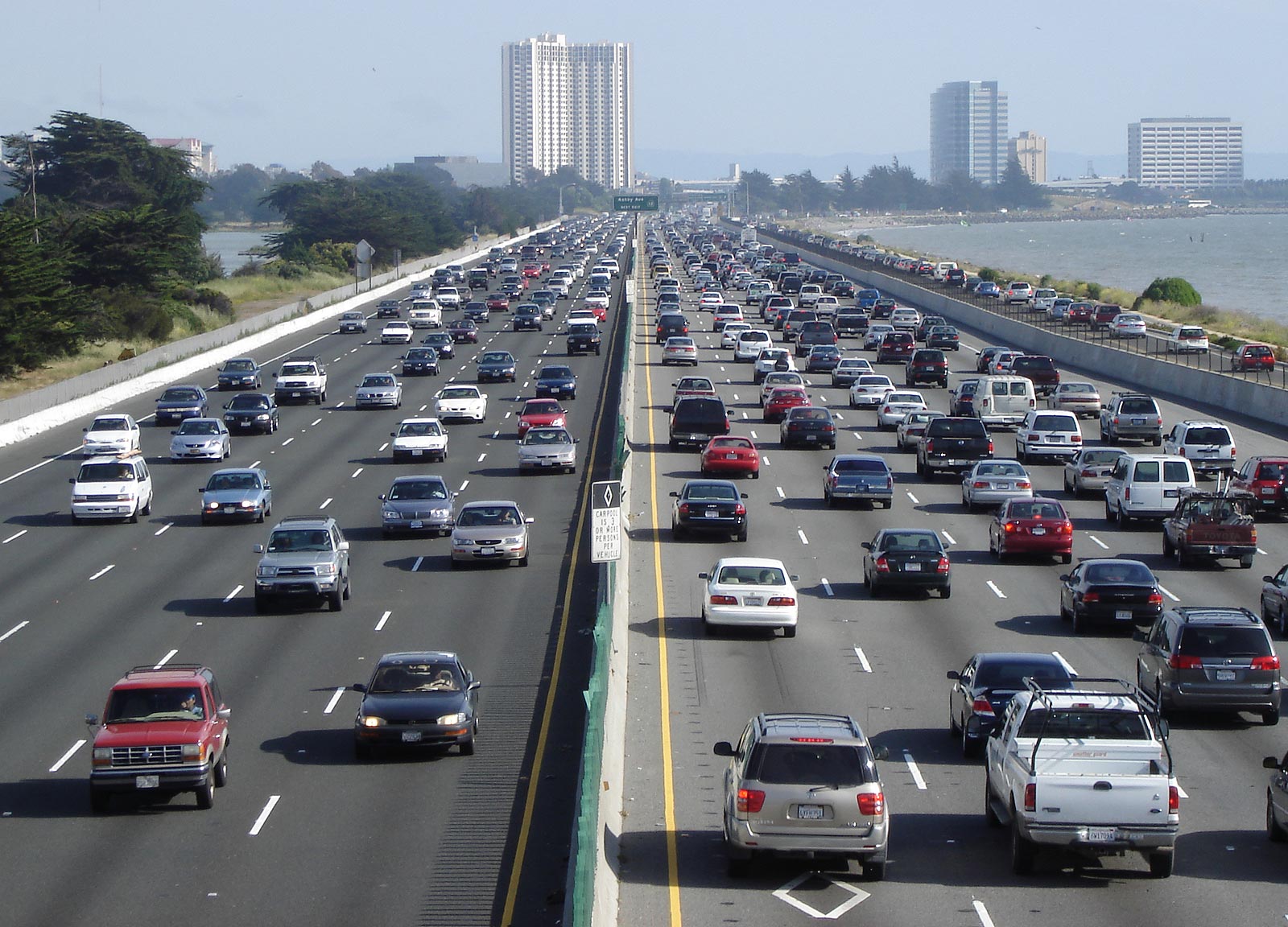 Highways will be an area of innovation in climate change. “Interstate 80, Eastshore,” by photographer Minesweeper 30. CC3.0. Included with appreciation.

Concrete is efficient, but highways could be improved. In 1965, the United States passed the Highway Beautification Act, providing funding for planting and protection of wildflowers along median and shoulder strips of American highways. President Lyndon B. Johnson signed the bill into law, stating “We have placed a wall of civilization between us and the beauty of the countryside. Beauty belongs to all the people.” (Johnson, 1965) Encouraged by his wife, Lady Bird Johnson who advocated the program to beautify American roads. The Lady Bird Johnson Wildflower Center also honors her vision.

In the United Kingdom (UK), the Construction Industry Research and Information Association (CIRIA) launched the “Big Biodiversity Challenge” with Highways England. Realizing that the UK has lost 97% of its wildflower meadows since 1930, road construction crews finish highways by preparing a side strip or verge for wildflower planting. Highways England plants the flowers. Recently, a section of the A38 from Ashburton to Ivybridge in Devon won the Biodiversity Pollinator Award. France places stormwater ponds every two kilometers along major roads: a recent survey found the ponds have welcomed many amphibian species. Across the UK, B-Lines have mapped a kind of bug highway across England, Northern Ireland, Scotland, and Wales.

As the world builds more roads, including space for wildflowers and wildlife is an opportunity to be noted. Will China’s Belt and Road Initiative  (BRI) connecting China, Central and West Africa, parts of Europe, Indian sub-continent, Indo-China, Mongolia, and Pakistan may be the largest road building project in history. Now, as 37,000 miles (60,000 kilometers) of roads are designed and built, would offer an un-precedented chance for environmental inclusion. Should environmental provisions be stipulated by banks, including multilateral development banks and the National Development and Reform Commission (NDRC), funding and overseeing the BRI? What of the roads of India? Africa? The Pan-American Highway?

It has been the practice of some highway systems to seed the median strip between divided highways with grass. But grass can be thirsty, and yet yields relatively sparse benefits. In fact, some states in the Colorado River Compact are outlawing non-functional turf due to the shrinking of Lake Mead and Lake Powell, water reservoirs for the river that supplies both drinking water and electricity to 40 million people. Drought in the area is causing water shortages and also wildfires. 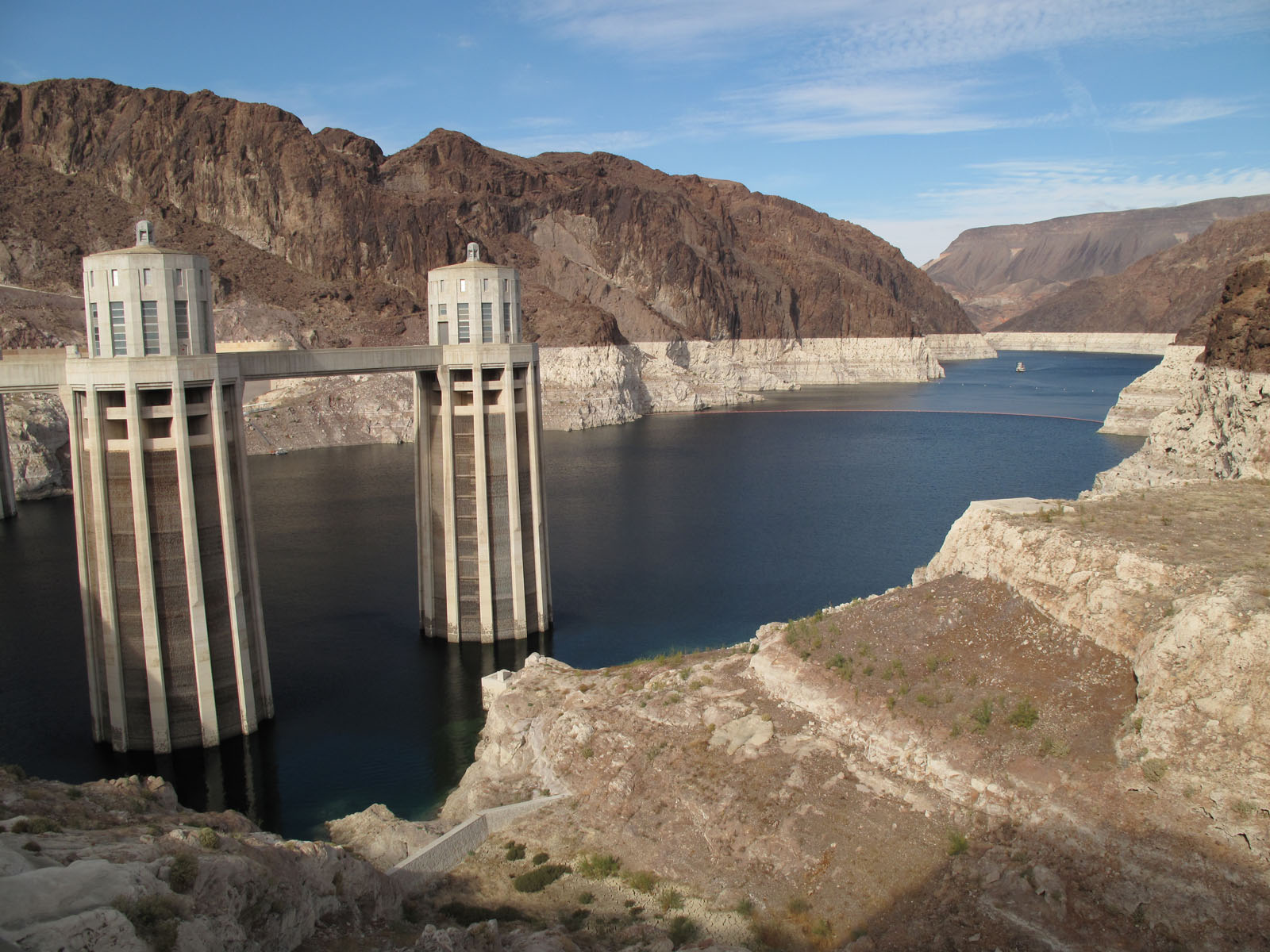 “Lake Mead and Hoover Dam with water intake towers, seen from Arizona side of Hoover Dam,” by photographer Cmpxchg8b, 2010. Generously dedicated to the public domain by the photographer.Image: wikimedia. Included with appreciation.

Should highways be planted, instead, with wildflowers? If you hit the road this weekend, take a look at the wildflowers along highways and also country roads. It’s a natural resource, not often noticed, but increasingly important to the future of climate and environment.

What if all highways and roads hosted wildflowers? Could the world look like this? “Bitterwater Road Wildflowers,” by photographer Alan Schmierer, generously dedicated to the public domain CC1.0. Wikimedia. Included with appreciation.