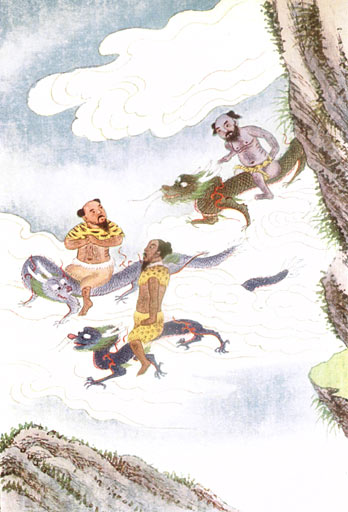 Not only is the sky getting crowded with satellites, some working and others defunct but still orbiting, the planets are seeing traffic. This weekend, China landed on Mars, after arriving in orbit on 10 February. China’s Tianwen-1 mission features an orbiter, lander, and rover named Zhurong (Chinese god of fire). Watch the landing here.

Red Planet traffic includes: NASA’s rovers Curiosity and Perseverance. (Preceded by Spirit and Opportunity in 2004). Decades ago, NASA’s Viking 2 lander touched down on Utopia Planitia, a basin thousands of miles wide in the northern area of Mars. That’s the same place China landed this weekend. Scientists hypothesize that Utopia Planitia may have once been an ocean, so it’s a good site to look for signs of life. In fact, water may still be there – under the surface. NASA’s Reconnaissance orbiter detected ice there in 2016; there may be as much ice as Lake Superior. That’s good news for a number of reasons including potential for agriculture, habitation, and power. Besides China and the USA, other contributors to the study of Mars include Argentina, Austria, the European Space Agency (ESA), and France. Also in the Martian traffic pattern: Hope, an orbiter sent by the United Arab Emirates, arrived in the neighborhood on 8 May and is observing atmosphere and weather, recently releasing images of hydrogen atoms around Mars on 24 and 25 April 2021.

Will traffic on Mars continue to increase? Only every two years. There is a timing window when Earth and Mars are closest, and that is why there is so much activity now. While most traffic is on land, NASA’s Ingenuity, a helicopter, has been logging flight time in the Martian atmosphere – the first time (that we know of…) anyone has flown on the Red Planet.

NASA. “Where is Perseverance?” Track the Rover. https://mars.nasa.gov/mars2020/mission/where-is-the-rover/