Eye of a Chameleon. Image: wikimedia.

Eyes in the sky, Earth Observation Satellites monitor environmental conditions by reporting hot spots and testing efforts to mitigate climate change. OHB-System has just signed a contract to build a new satellite network to monitor carbon dioxide, helping countries achieve goals of the COP 21 Paris Agreement. Part of the Copernicus System, the first OHB spacecraft will launch in 2025; it will be called CO2M.

CO2M will join the European Union’s Copernicus Earth Observation program, a system of satellite sensors called Sentinels that watch the Earth from space. Marco Fuchs, CEO of Germany’s OHB-System, oversees the contract with the European Space Agency. Thales Alenia Space (TAS), a French-Italian company, is a sub-contractor, designing carbon dioxide and nitrogen dioxide spectrometers. Belgian partner, OIP Sensors, will provide a cloud imager. CO2M will track carbon dioxide to a resolution of 2km by 2km across a span of 250 km. Satellites will carry both a CO2 detector and also secondary sensors that can differentiate between human-produced emissions and those occurring naturally.

Since COMSAT launched the first communication satellites, space has become the place that allows us to transmit video, communication, and weather information about Earth. NASA and ESA (European Space Agency) are leaders. Here’s a look at NASA’s program: 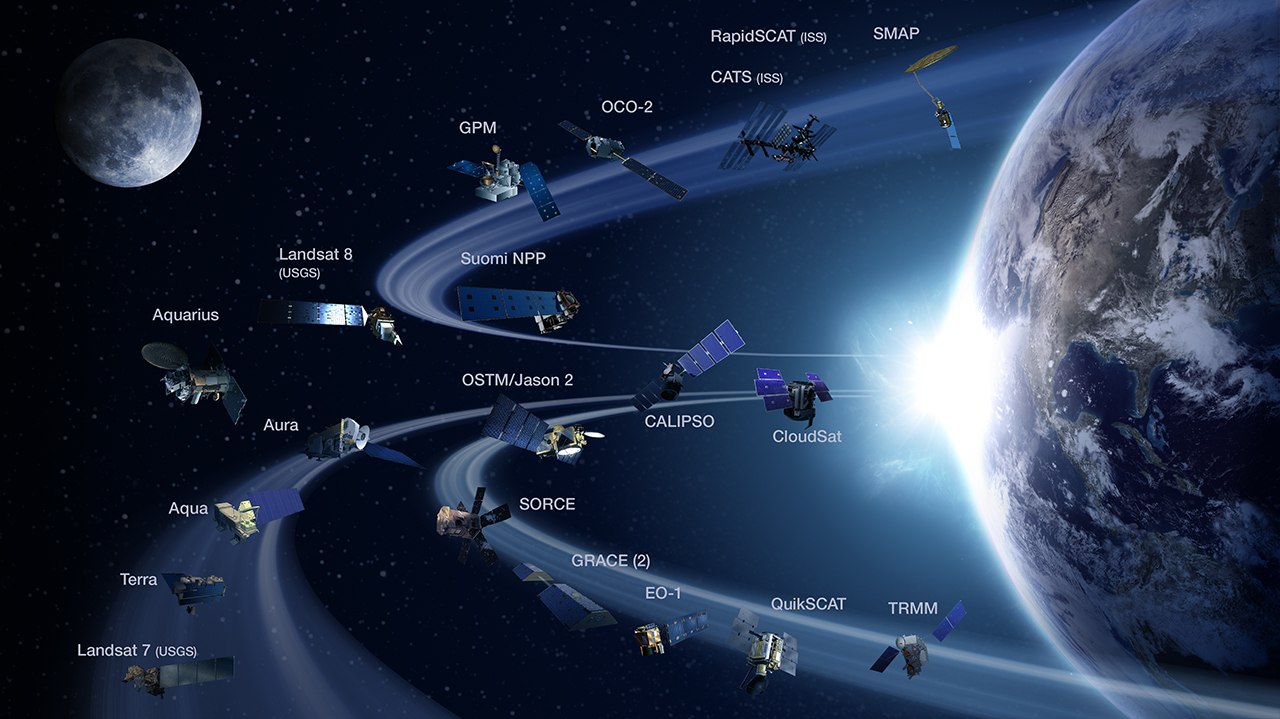 ESA’s Sentinel satellite system is comprehensive, and will expand when CO2M joins the initiative. For now, here’s the Sentinel array and specific capabilities:

When CO2M becomes operational, joining the Sentinel series, it will track CO2 around the whole globe every five days. CO2M’s data, along with other Sentinel reporting, and NASA’s initiatives as well as others, will help meet the climate goals established by COP21 also known as the Paris Agreement. The Eiffel Tower displayed the message: now we must meet the goals. Space, looking at Earth, can help.

“#1Heart1Tree” image on the Eiffel Tower, Paris, during COP21 where climate goals were agreed by most nations of the world. Earth Observation Satellites will help meet those environmental goals.  Photo by Yann Caradec, image: wikimedia.

If you are interested in learning more about Earth Observation Satellites, join the Copernicus Academy’s MOOC, beginning in September 2020.