When COMSAT began a new era in communications, emphasis was on getting satellites into orbit, not how to get them down. One option: a “graveyard” orbit where old tech circles endlessly in a geriatric retirement lap; another solution, crash and burn; a third, shoot them, causing space junk to become space debris, now tallied at 50,000 pieces hurtling at 17,500 miles per hour and causing hazards to active spacecraft. The 1972 Convention on International Liability for Damage Caused by Space Objects established some guidelines, but so far humans are better at launching satellites than retrieving or fixing them, and many satellites are getting old. But there has been a breakthrough. 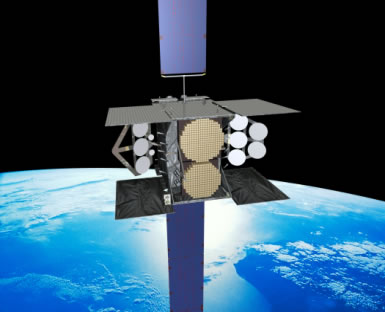 In April 2020, Intelsat 901, beaming Internet to airplanes and ships, was running out of steering power but still functioning. Northrop Grumman built a spacecraft called the Mission Extension Vehicle (MEV) to fly to Intelsat 901, latch on and supply propulsion and steering. This is the first time in history that two commercial spacecraft have docked together in space, proving that in-orbit service is possible. Existing satellites are getting on in years, and may need servicing. Space will see more communication satellites, along with observation technology monitoring Earth’s climate. Northrup Grumman and Intelsat plan to continue in-orbit service, a new industry.

Davenport, Christian. “In historic first, an aging satellite is resurrected by another in a technology that could reduce junk in space: A Northrup Grumman spacecraft latched on to a communications satellite, extending its life.” 20 April 2020. The Washington Post. Includes video. https://www.washingtonpost.com/technology/2020/04/20/new-technology-creates-fountain-youth-aging-satellites-potentially-reducing-space-junk/.

Thanks to David H. Marks for sharing research and suggesting this post.