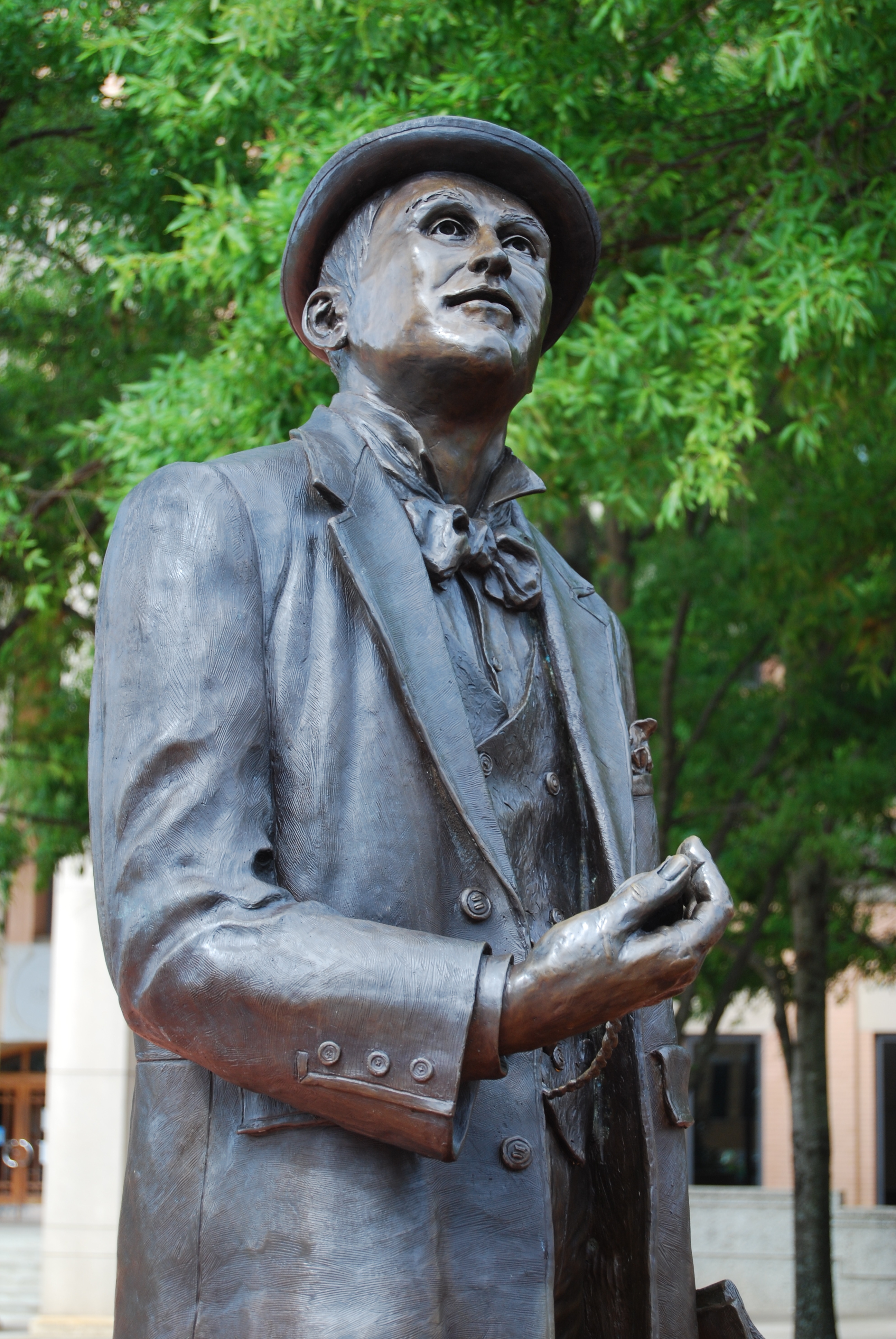 Need a winter coat? Hat? Check the statue. Anderson, South Carolina, residents hang a spare coat or hat upon the extended arm of a statue of William Whitner. The South Carolinian is known to energy historians: after conferring with Nicola Tesla, Whitner harnessed power in nearby Rocky River shoals, soon expanding to the Portman Shoals of the Seneca River. The Portman Shoals Power Plant became Duke Energy. Whitner sided with alternating current champions Tesla and Westinghouse (and against direct current advocate Edison) in the “current war.” As a result, Anderson, SC, became known as “The Electric City” becoming the first urban center in the United States with a continuous supply of power. Later, the TVA would do so on a broader basis. Whitner is immortalized with a statue in the center of Anderson (other monuments in town could also serve). When Carey Jones, Main Street Program, saw homeless people lacking winter gear, he extended a hand by hanging a coat on Whitner’s bronze arm. Soon, town residents emulated the practice, making warm clothing readily available to all. Cities have an opportunity to combine public art with sharing outreach. Is there an extra coat in your closet? Maybe a statue near you might extend a hand? In Boston, could sculptor Nancy Shön’s “Make Way for Ducklings” serve as an exchange for children’s clothing?