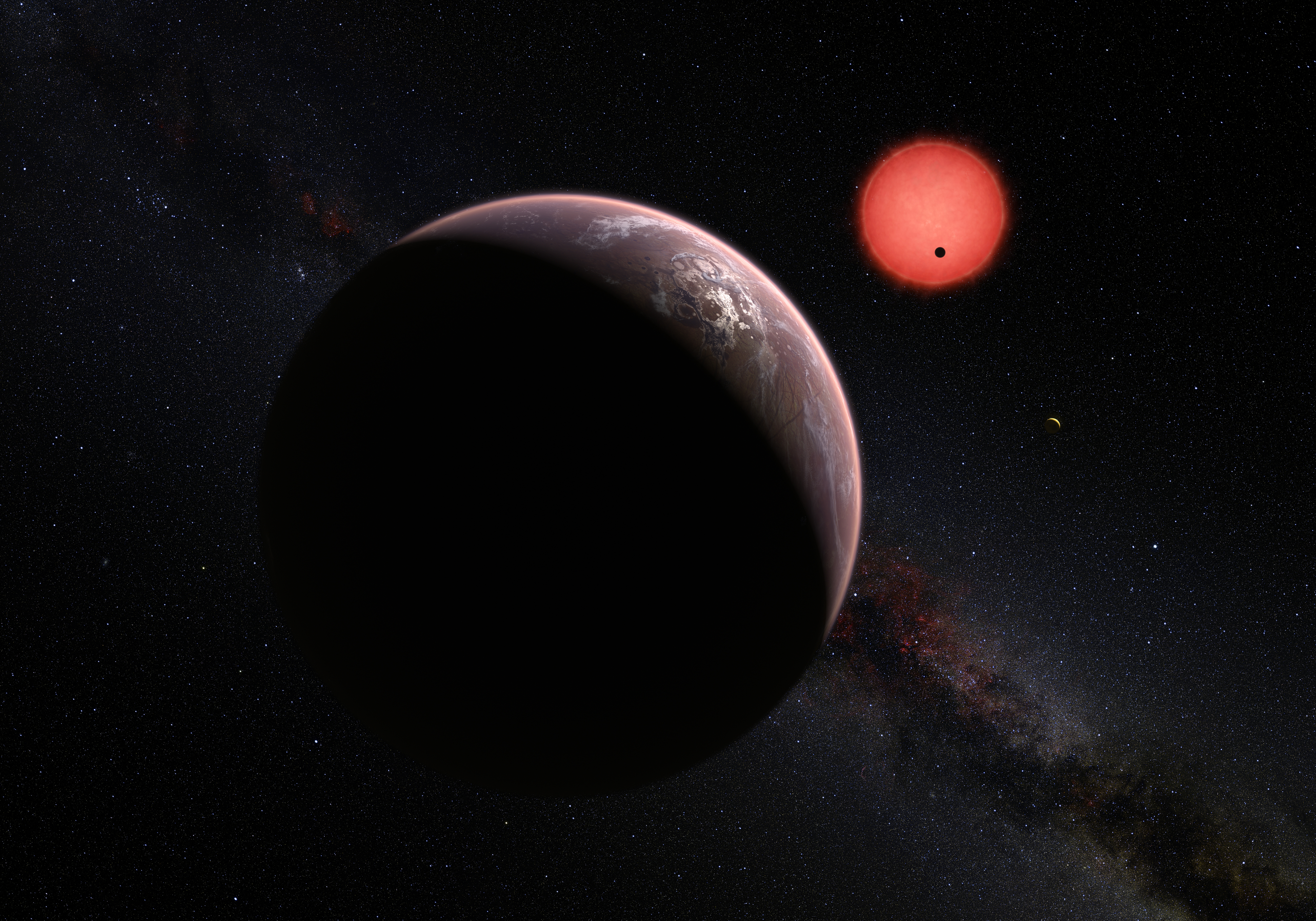 The first known system of seven Earth-sized planets clustered around a single star, much like our solar system, has been discovered. It’s name? TRAPPIST-1, a salute to spotting telescope in Chile. Three of the exo-planets (nomenclature indicating an orbit around a star, not a sun) are in what NASA terms the ‘habitable zone.’ All seven possess potential for water. On March 13, 1781, Sir William Herschel announced a new planet, the first discovered by telescope. Keats included Uranus in this poem:

Much have I travell’d in the realms of gold,

And many goodly states and kingdoms seen;

Round many western islands have I been,

Which bards in fealty to Apollo hold.

Oft of one wide expanse had I been told

That deep-brow’d Homer ruled as his demesne;

Yet did I never breathe its pure serene

Till I heard Chapman speak out loud and bold:

Then felt I like some watcher of the skies,

When a new planet swims into his ken;

He star’d at the Pacific – and all his men

Look’d at each other with a wild surmise –

Silent, upon a peak in Darien.