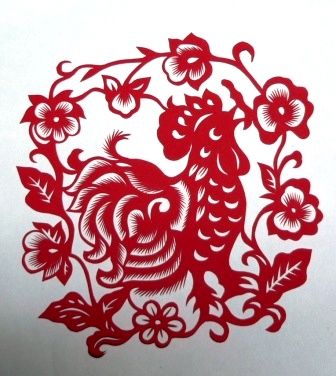 Enter the Rooster, herald of the wake up call. Each Spring Festival opens a new year, inspired by the characteristics of a new animal. The tradition of the new year, spiraled in 60-year cycles, began in 2637 bce. Emperor Huangdi’s minister Ta Nao is said to have suggested the Chia-Tzu or Kan-chih cyclical system. China added the Gregorian calendar in 1912, generally used from 1949. China understands long time frame. The Great Wall was built over the course of dynasties. The Grand Canal, longest continuous building project in history, broke ground in 600 bce; latest phase of improvement, to be completed in 2050, will feature design projects by students. Each new year is an invitation to a new generation to rebuild the world in an improved version; this Spring Festival, it’s the Rooster’s turn,a wake up call. Make it your ringtone.