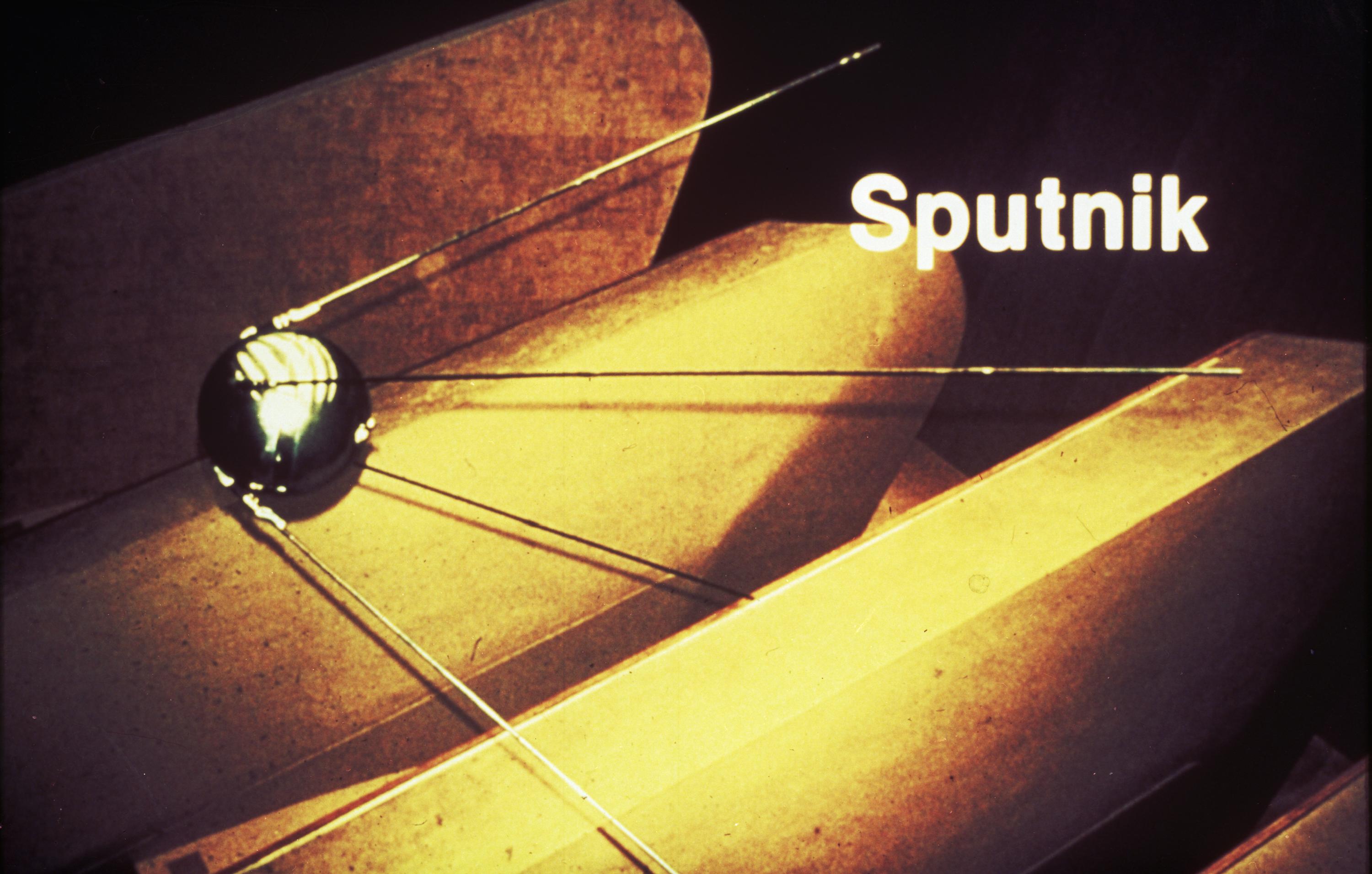 On October 4, 1957, a new story began. It is the story of humankind venturing forth from our native planet: earth. The basketball-sized object launched from Tyuratam, Kazakhstan, led to future milestones in space exploration including the 1969 Apollo lunar landing and the success of COMSAT opening satellite communications. When the Soviet Union sent the first satellite into space, they called it Sputnik; in the wonderful richness of the language of Dostoevsky and Pushkin, the name foretold the future of human spaceflight. While the technical term for satellite, “sputnik” also means “traveling companion.”

For a gallery of Soviet space posters: http://www.bbc.com/news/magazine-34281621

Laika, also called “Muttnik,” was the first earthling in space, and although her journey was tinged with sad tragedy, she was heralded by many honors including this postage stamp: https://upload.wikimedia.org/wikipedia/commons/a/a2/Posta_Romana_-_1959_-_Laika_120_B.jpg