While Frank P. Davidson is considered by historians to be the founder of the field of macroengineering in 1984, today China is advancing large scale infrastructure. The nation that built the Great Wall must think big, because it is so big; large scale endeavors are now appearing with velocity as well as capacity. For example, the Dalian to Yantai Tunnel spanning the Bohai Strait, twice the length of the Channel Tunnel, planned as a rail link between China’s northern ports, would be the world’s longest underwater tunnel. And, the Grand Canal may soon become even grander: the $80 billion plan to bring water over 1,000 miles from the abundant south to the arid north may reach fruition in 2025, making that waterway, begun in 600 BCE, the longest continuous construction project in history. Should China celebrate this Spring Festival with an announcement of the Center for the Study of Macro? What do you think of the proposed Keystone XL Pipeline? Image courtesy of senate.gov

When the Trans-Alaska Pipeline opened in 1977, 20,000 people had contributed to the project. Results were mixed: revenue benefit brought $900 million to Alaska’s economy but exploitation of the large petroleum deposits discovered in 1968 at Prudhoe Bay in Alaska’s North Slope were scene to the largest oil spill in United States history at that time: the Exxon Valdez released a flood of pollution with long-lasting effects. But Yoshihiro Kyotani, Japanese engineer and innovator, proposed that pipelines need not be filled with just oil. Why not float transoceanic pipelines as transport tubes for container shipping or vactrains? Along with the Channel Tunnel‘s Frank P. Davidson, Yoshihiro Kyotani designed tubetrains that may be the original version of Elon Musk’s 2013 Hyperloop. For more on Kyotani, please see: http://www.ieeeghn.org/wiki/index.php/Oral-History:Yoshihiro_Kyotani. But today all eyes are on a pipeline in the news: Keystone XL. It’s a complex issue; for more, visit http://www.newyorker.com/reporting/2013/09/16/130916fa_fact_lizza?mbid=social_retweet. Then please return to our blog and let your voice be heard regarding pipelines transporting energy, or perhaps floating as a vactrain from Boston to Cadiz. 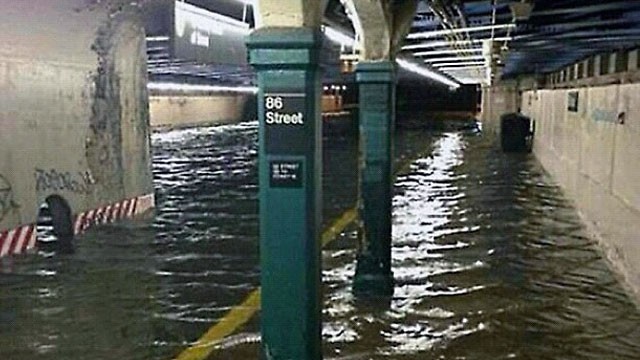 In the wake of Sandy’s devastation to the New York City subway system, the need for protecting transportation tunnels in the event of disaster has been made a very real issue. Flood control may be one area in which there is a feasible solution. Recently after 5 years of work, a test was done at West Virginia University of an inflatable plug for stopping the flow of water in a flood situation. While this was just a test, it is promising for tunnels large and small. In fact, it offers a possibility for places like the Channel Tunnel, where a leak could lead to a major flood.

For more information on the experiment and other flood control options, please see: http://www.nytimes.com/2012/11/20/science/creating-a-balloonlike-plug-to-hold-back-floodwaters.html?nl=todaysheadlines&emc=edit_th_20121120&_r=0